Joint Stakeout by Current and Incoming EU Members of the UN Security Council (Belgium, Estonia, France, Germany and Ireland) plus Norway on the Situation in the Middle East, November 18, 2020 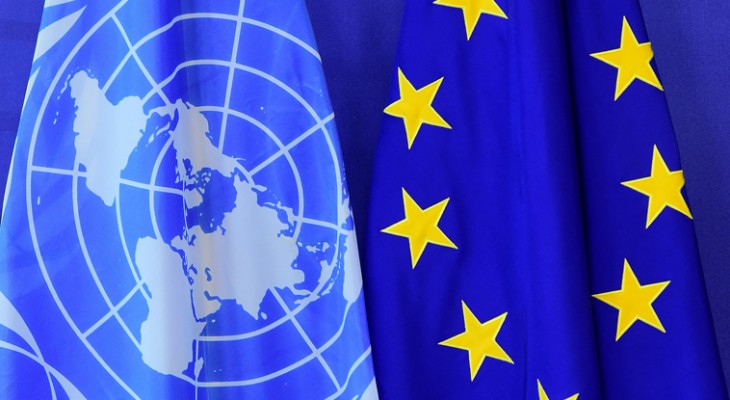 Echoing the UN Special coordinator’s concerns, we are deeply worried by the Israeli authorities’ decision to open the bidding process for the construction of housing units for an entirely new settlement at Givat Hamatos, which is a key location between Jerusalem and Bethlehem in the occupied West Bank.

This decision adds to the significant expansion of settlements announced by Israel on October 14 and 15 with the planned construction of close to 5.000 housing units in the occupied West Bank, in areas in and around Jerusalem. It also adds to the large-scale demolition by Israeli forces of more than 70 structures in Khirbet Hamsa al-Foqa, in the northern Jordan Valley on November 3. This confirms once again the regrettable trend of confiscations and demolitions since the beginning of the year in spite of the COVID-19 pandemic. It comes on top of the threat of demolition of the Palestinian school in the Ras Al-Teen community in the central West Bank, which has been co-funded by the EU and several EU Member States.

We call on Israel to reverse these negative decisions at this critical and sensitive time and to halt all continued settlement expansion, including in East Jerusalem and sensitive areas such as Har Homa, Givat Hamatos and E1 as well as demolitions, including of EU funded-structures.

Settlements are illegal under international law. As stated consistently, we will not recognise any changes to the pre-1967 borders, including with regard to Jerusalem, other than those agreed by the parties.

Any settlement construction will cause serious damage to the prospects for a viable and contiguous Palestinian State and, more broadly, to the possibility of a negotiated two-state solution in line with the internationally agreed parameters and with Jerusalem as the future capital of two states.

Settlement activity will lead to the continued weakening of efforts to rebuild trust and confidence between the parties which are necessary for an eventual resumption of meaningful negotiations. We welcome yesterday’s announcement by the Palestinian Authority to restore cooperation based on the signed agreements. We urge Israel to show responsibility and to also take steps to underscore its commitment to these agreements, seizing the positive dynamics of the normalisation agreements of the recent weeks.

We reiterate our deep concern regarding UNRWA’s critical financial situation, and appeal to all States, including from the region, to consider making or increasing their contributions to the Agency.