The Office of the European Union Representative (West Bank and Gaza Strip, UNRWA) 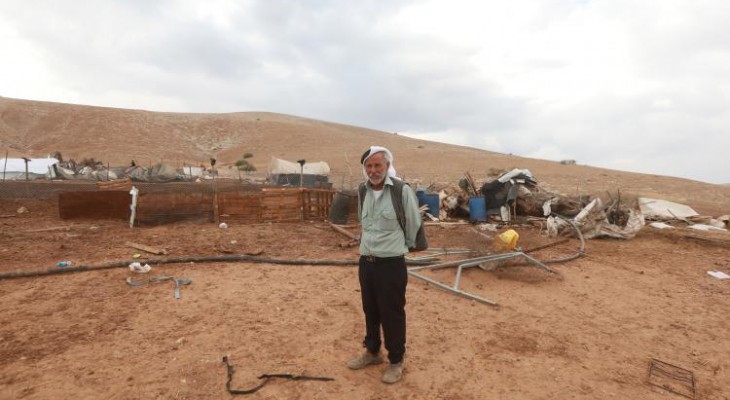 The demolition and seizure of Palestinian property by Israeli authorities in the occupied West Bank, including East Jerusalem, continued during the reporting period – 1 January to 30 June 2020. According to UN OCHA, 318 Palestinian owned structures were demolished or seized, and 374 people (including 200 children) were displaced. These numbers mark an increase in the number of structures demolished of around 4.6 % and a decrease in the number of displaced of around 20 % respectively, compared with the equivalent period in 2019. As a monthly average, the number of structures targeted in the first half of 2020 is the same as during 2019. Around 39 % of these structures were residential structures (123), while 47 % were related to agriculture and livelihood structures (148). In addition, the demolitions and seizures in the reporting period adversely affected 1,589 Palestinians (including 796 children).

Of the structures targeted in the six-month reporting period, 38 structures were funded by the EU or EU Member States as humanitarian aid, their destruction hitting the most vulnerable populations. 50% of the targeted structures were residential in nature. 30% were agricultural and livelihood-related. The total losses were estimated at EUR 124,725, which represents a nearly 40 % increase in financial injury compared to the 36 EU-funded structures demolished during the equivalent period in 2019 that were valued at EUR 89,219.

The reporting period witnessed a continuation of Israel’s longstanding policy of demolition in Area C as well as in East Jerusalem despite previous commitments from Israeli authorities not to target Palestinian inhabited residential structures in the context of the COVID-19 pandemic. The period of Ramadan, traditionally a time of reduced prevalence of demolitions, witnessed 42 demolitions in 2020, greater than during the Ramadan periods of 2015-2019 combined. The reporting period also saw demolition/seizure of Palestinian structures located within or next to an area slated for the expansion of the Ma’ale Adumim settlement (the E1 plan). The continuous targeting of Palestinian properties amidst the ongoing pandemic, especially inhabited homes, water and sanitation structures – many of them due to the implementation of Israeli Military Order 1797, which allows for the expedited removal of unlicensed structures deemed as “new” – is of concern, as it undermines the capacity of already vulnerable communities to prevent further infections.