Don't look to Washington for peace in Israel-Palestine 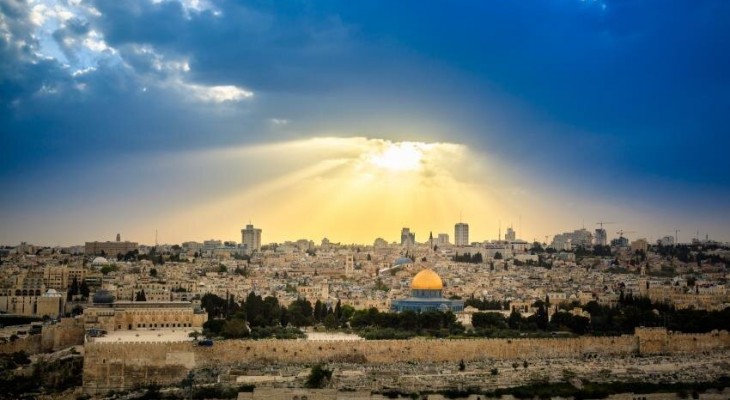 The election of Joe Biden has been greeted by a sigh of relief around the world. Many governments, who have had acrimonious relations with the US under President Donald Trump, hope that the arrival of a new president will allow for a reset in bilateral relations and a return to the status quo ante that prevailed before Trump.

Nowhere is this feeling stronger than amongst the Ramallah-based Palestinian leadership, led by President Mahmoud Abbas, which has been hammered by a plethora of American policy changes over the past four years.

Having weathered a hostile political climate, Palestinian strategy will now pivot towards engaging with a more friendly American administration with a view to rolling back Trump policy and relaunching peace negotiations with Israel under more favourable terms – in essence a return to where things left off at the end of 2016. While the mood music coming from Washington DC will undoubtedly change for the better under Biden, Palestinians would do well to curb their expectations.

The Israeli-Palestinian conflict has been a key focus of the Trump administration, which has worked with uncharacteristic competence and coherence to reshape realities in line with its own ideological commitment to the 'Greater Israel' agenda championed by Israel's right-wing for decades.

This has led to US recognition of Israeli sovereignty over Jerusalem (in addition to the Syrian Golan Heights), the transfer of its embassy to the city, de facto recognition of Israeli claims over the West Bank, the halting of millions of dollars in aid to Palestinians, and shutting the PLO mission (Palestine's de facto embassy) in Washington.

On top of this, the Trump administration promoted a 'peace plan' that would have done little more than formalise a reality of modern-day apartheid for Palestinians. While this has been stymied by broad-based international opposition, the Trump team has been far more successful in advancing a series of new normalisation agreements between Israel, the UAE, Bahrain, and Sudan.

Others may follow before Trump leaves office in January. This has further weakened Palestinian negotiating positions and hobbled the Arab Peace Initiative, which had conditioned regional integration on an Israeli-Palestinian peace agreement.

By contrast, President-elect Biden is likely to de-prioritise the Palestinian issue. Firstly, his attention will mostly be taken up by the numerous domestic challenges that await him. To the extent that his gaze does turn to foreign policy and the Middle East, the main focus will be on Iran and reviving the JCPOA nuclear deal.

Given the significant amount of political capital that he will need to invest in this, and the friction that this will create with Israel and Prime Minister Benjamin Netanyahu (who previously sought to enlist the Republican Party and the US Congress in his campaign against Obama on the same issue), he will likely not be keen to simultaneously open up a second political battlefront.

President-elect Biden may be able to roll back some of the damage done over the past four years, yet he is unlikely to fully return to the state of play that existed under his former boss, President Barak Obama.

There is every reason to expect a return to more traditional US policies, renewing support for its traditional vision of two states while nominally opposing the expansion of illegal settlements in the West Bank and East Jerusalem – which the Trump administration has turned a blind eye to, and at times even encouraged. Biden will no doubt also support renewing US funding and re-opening the PLO mission.

In both regards though he will likely run up against Congressional legislation that will be difficult to work around, regardless of who controls the Senate. He is however unlikely to move the US embassy back to Tel Aviv – another key Palestinian demand – nor roll-back US recognition of Israeli sovereignty over Jerusalem and the Golan Heights. And while the next White House may not be as loud as its predecessor in championing Israeli-Arab normalisation, it has already made clear that it will continue to support this process.

This points to a bigger problem for Palestinians. The lesson of past American administrations, even those considered more friendly to Palestinian aspirations, is that American actions ultimately fall short – constrained amongst other things by domestic politics and more pressing geopolitical considerations.

Compared with Trump, most other presidents appear favourable to Palestinians. But looking back at the past with rose-tinted glasses is inherently problematic. While Obama did eventually allow UN security council resolution 2334 to pass in December 2016, an important win, his administration spent the first seven years largely soft-balling the Israeli government on issues such as its settlement activities, which represent the biggest threat to the viability of a two-state solution.

Absent a deeper US strategic rethink, even a well-meaning Biden administration is unlikely to fundamentally alter the negative trajectory on the ground nor unlock significant progress towards Palestinian independence.

The Ramallah leadership must escape the illusion that Biden will significantly challenge Israeli policy, let alone deliver Palestinian statehood. The same is true of the European Union which continues to under-deliver on its own policy pledges in support of Palestinian self-determination. This does not mean that Palestinians should write either off. They should not. But they must be realistic in terms of what can be achieved through international engagement under current circumstances.

To be sure, even if they may be hard fought, there are important tactical wins to be had from the next administration. These can help strengthen Palestinian agency and rights while slowing negative developments on the ground. But this cannot be the sum total of Palestinian strategy, as currently appears to be the case. The Palestinian leadership would do well to also prioritise the renewal of the Palestinian national movement.

This is at its lowest ebb since at least the PLO's expulsion from Beirut in 1982 and is unable to adequately respond to shifting regional power dynamics and the disappearance of any realistic path towards a negotiated two-state solution.

Instead of looking to Washington, Abbas must focus on achieving national reconciliation, the revival of popular representation mechanisms and the articulation of a new national liberation strategy that is less beholden to the United States (and its European partners). This is the clear message that is coming from Palestinian civil society and youth leaders.

Abbas' Fatah party took a small yet positive step in this direction when it reached an agreement in Istanbul with its Islamist rival, Hamas, to move towards new elections. But after Biden's win, it seems he may freeze this move in favour of strengthening his standing with the new American president.

To be sure, international partners bear their share of blame for today's predicament. Instead of hampering Palestinian aspirations as they have done all too often in the past, they must do more to support international accountability against Israeli actions and Palestinian political renewal.

But Palestinians must lead when it comes to getting their own house in order – which is an equally important pre-requisite for effectively challenging the reality of apartheid that is taking hold on the ground. This would seem a more fruitful use of the next four years.