WHO slams Israel for health violations against Palestine 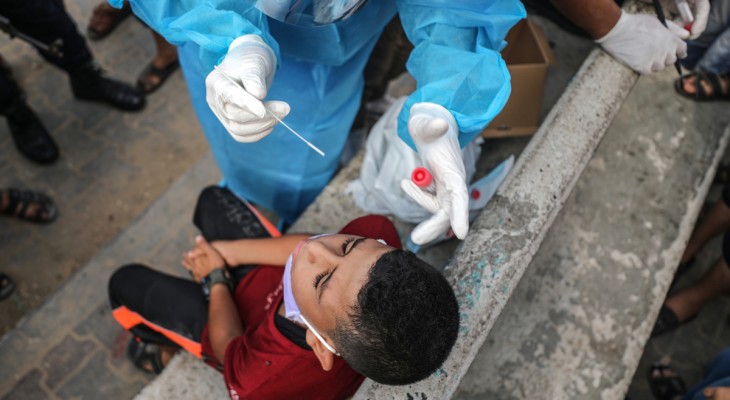 The World Health Organisation (WHO) yesterday condemned Israel for its violations of health rights in the Palestinian territories and in the occupied Golan Heights during the coronavirus pandemic.

During the session, the Iranian delegation called out Israel for its "inhuman blockade" of the Gaza Strip that had a "profound impact on the health sector."

It stated that "chronic occupation has profound implications for the health of Palestinians. More than 12 years of inhuman blockade has had a profound effect on the health sector, worsening an already dire situation."

The WHO report further criticises Israel for Palestinians' "mental health and psychosocial problems", due to the self-declared Jewish state's "discriminatory planning policies and practices towards Palestinians" in Area C of the occupied West Bank, which is under the Israeli military and administrative jurisdiction. As well as for the violence which Palestinian protesters in the Gaza Strip were faced with during the "March of Return" demonstrations.

Following a 78 to 14 vote, with 32 abstentions and 56 countries absent, the assembly adopted a resolution requiring the same debate be held next year.

Moreover, the head of the WHO will be preparing another report on Israel's health violations in the occupied West Bank, Gaza Strip, East Jerusalem and in the occupied Syrian Golan, to be submitted to the 74th World Health Assembly in 2021.

Countries voting in favour of the resolution included, among others, France, India, Ireland and Spain. Meanwhile, Israel, the US, the UK, Australia, Brazil, Canada, the Czech Republic, Germany, Honduras and Hungary all voted against it.