The future of EU-Israel relations after Biden's victory 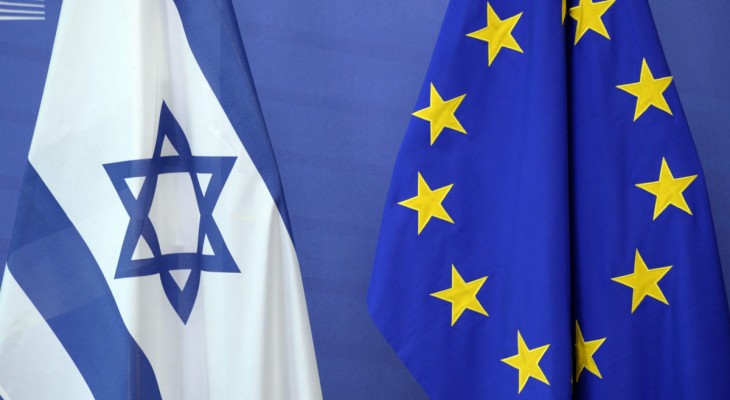 The joint council, the highest-level ministerial body governing bilateral ties, has not convened since 2012 due to political tensions over the EU's condemnation of Israeli settlement building, with some member states blocking the bilateral talks as a way of sanctioning Israel over its policies in the occupied Palestinian territory.

Joe Biden's recent victory in US presidential elections has only added momentum to the possibility of reshaping the trajectory of future relations, with many European governments enthusiastic over the Democratic candidate's win and opportunities for a new chapter with Israel and the Middle East.

The EU High Representative for Foreign Affairs and Security Policy, Josep Borrell, had expressed the EU's support for the normalisation of ties between Israel and the United Arab Emirates (UAE) and Bahrain, viewing it as an opportunity to boost bilateral ties.

Given the potential of the accords to change Arab-Israeli relations, at a state level at least, the EU had no choice but to welcome the agreements. It's appraisal, however, also drew criticism, with some accusing the EU of ignoring Israeli violations of international law against Palestinians.

Moreover, the EU's conceptual position had always been that the normalisation of ties with Arab states would follow an Israeli-Palestinian peace deal, not precede it, according to Maya Sion Tzidkiyahu, Director of the Program on Israel-Europe relations at Mitvim Institute. Changing this paradigm has led to consternation in some quarters in Europe.

It is difficult to predict how the EU will now approach the Israeli-Palestinian conflict. While some members will insist on the internationally approved parameters of the two-state solution with East Jerusalem as the capital of a sovereign Palestinian state, others – in particular Hungary, Slovakia and the Czech Republic – all support the government of Benjamin Netanyahu and the Trump administration's peace plan.

This divide makes it almost impossible for the EU to have a public policy towards the conflict, according to Lars Erslev Andersen, a Senior Researcher at the Danish Institute for International Studies.

Such divisions were exemplified earlier this year when Borrell criticised the 'Deal of the Century' but could only make a statement on behalf of his office and not the EU, because it had been blocked by Hungary and other member states.

While Borrell has welcomed the normalisation deals with Israel, he is also known for being critical towards Tel Aviv's policies, and any resumption of high-level EU-Israel ties seems unlikely at present, Andersen says.

Many European states, notably France, would favour a package deal, where the council's resumption would be conditioned on the implementation of other issues such as human rights and an end to the five-decade military occupation.

"Reconvening the Association Council with an extreme right-wing Israeli government which continues de-facto annexation - including through the demolition of EU-funded structures in the occupied Palestinian territory - would be a fatal signal in this period," Daniela Huber, Head of the Mediterranean and the Middle East Programme at the Istituto Affari Internazionali (IAI), told The New Arab.

However, in Sion-Tzidkiyahu's opinion, the EU-Israel Association Council is enshrined in Article 40 of the Association Treaty and is not a "carrot" to be used by the EU but rather a treaty obligation. "For the past years, the EU has been breaching this article. As a rule of law guardian, and as an entity that promotes dialogue, even if a critical one, this is perplexing," she told The New Arab.

The stalled council has led to the EU being excluded from any meaningful role in the peace process, she argues, preventing it from becoming a serious player in the resolution of the Israeli-Palestinian conflict.

But in order to proceed with the Association Council the EU would have to seek explicit commitments from Israel to abandon its annexation ambitions. Andersen does not think the present government in Israel will abstain in principle from its one-sided annexation of parts of the occupied West Bank. "On the contrary, it will delay but give no promises that it will not undertake unilateral annexation in the future," he says.

Many European states hold high hopes that Joe Biden will re-embrace the transatlantic relationship in pursuit of common interests. Biden, who describes himself as a Zionist, is an outspoken supporter of Israel and on numerous occasions has made clear that American interests are closely tied to those of Israel.

Therefore, it is highly unlikely that he will enter into public spats with the Israeli government or reverse some of Trump's policy gifts, such as moving the US embassy to Jerusalem.

Nevertheless, Luigi Scazzieri, Research Fellow at the Centre for European Reform, says Biden will take a much less pro-Israel line than Trump, and "will recommit the US to a two-state solution" and be critical of Israeli settlement construction. "I think Israel will be pressured to drop the annexation agenda," he told The New Arab.

If Biden takes this approach he will be welcomed by most EU member states, although there aren't any real hopes that he will force Israel to make major concessions. The EU will continue to reiterate its commitment to the two-state solution and to criticise Israel for actions that undermine it, Scazzieri says.

There is also a chance, he added, that the EU may become tougher towards Israel, implementing more "differentiation" in its relations with Israel proper and the occupied territories.

For Sion-Tzidkiyahu, the big question is to what extent Biden will continue pressing for the normalisation process between Israel and additional Arab states, especially key players like Saudi Arabia, while failing to advance the peace process with the Palestinians.

While the EU needs to find its own voice and position on this issue it is unlikely to take the initiative. If the US returns to the Iran nuclear deal, however, European politicians will have the opportunity to confront Israeli lobbyists, which they very rarely do.

"Whenever the EU put even token resistance to Israeli lobbyists in the past (in 2005 and 2014), it caused internal splits in Israel over questions of foreign policy and gave the EU the opportunity to exert pressure on the Israeli government," Shir Hever, a board member of the Jewish Voice for a Just Peace, told The New Arab.

While there is a widespread sentiment that with a new president in the White House the EU may no longer be marginalised by Washington, the truth may be that Europe's marginal role in the Israeli-Palestinian conflict, as well as in the wider Middle East, can be attributed to its own impotent common foreign policy.

Despite its weaknesses, the EU, according to Huber, has several instruments which remain important: the differentiation policy and its support for civil society. What is crucial here is that the differentiation policy (anchored in UN Security Council Resolution 2334) is pursued with vigour so that EU member states do not violate their third-party obligations as signatories to the Fourth Geneva Convention.

The EU also must support locally rooted forces which struggle for equal rights. In this respect, the EU needs to begin reflecting on the conditions that Palestinians have been living under for decades, a situation in which they are denied their human rights on a systematic level akin to apartheid, Huber added.

Notwithstanding EU policy, a Biden presidency could set in motion new dynamics in the Israeli-Palestinian conflict. Indeed, with Palestinian Authority President Mahmoud Abbas soon turning 85 and with Netanyahu facing intense domestic pressure, the three leaders could well have favourable opportunities to implement changes, especially if the Democrats win the 2024 election.

Stasa Salacanin is a freelance journalist who has written extensively on Middle Eastern affairs, trade and political relations, Syria and Yemen, and terrorism and defence