Senior Labour frontbencher given 'dressing down' over criticism of Israel 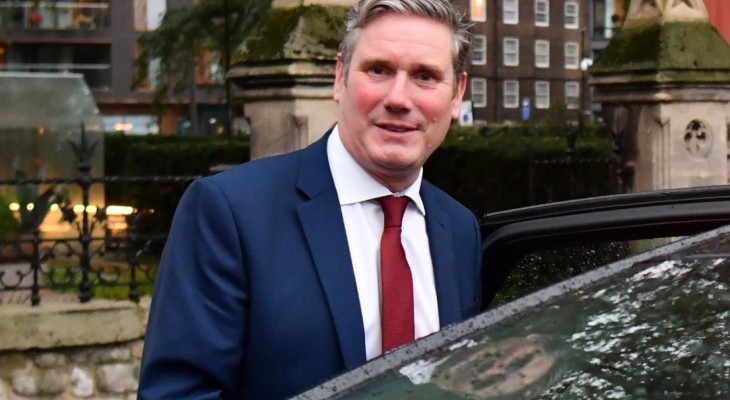 UK Labour leader Keir Starmer has been embroiled in a new row over his party's position on Israel, after it emerged that one of his senior colleagues used a Commons debate on Palestine and the West Bank to accuse Israel of behaviour "tantamount to profiting from the proceeds of crime".

According to the UK's MailOnline newspaper, Stephen Kinnock, a member of Starmer's frontbench foreign affairs team, made remarks on Israel during the debate in September, which included calling on the UK to "ban all products that originate from Israeli settlements in the occupied territories".

Allies of Kinnock, former chairman of the British-Palestine all-party parliamentary group, stressed that the MP had made it very clear that his anger at the treatment of people in the Occupied Territories was not "about being pro-Israel or pro-Palestine - this is about striving for peace, justice and security for all".

The row comes on the eve of the publication of a report by the Equality and Human Rights Commission into how the Labour party dealt with accusations of antisemitism under Starmer's predecessor, Jeremy Corbyn.

During Corbyn's time as Labour leader, the party had been accused by many, but not all, Jewish groups of failing to tackle what they said were clear cases of antisemitism among its membership and of lacking a transparent and effective disciplinary process.

Jewish groups had also accused the party under Corbyn of repeatedly singling out Israel for criticism while failing to condemn the behaviour of countries such as China or Iran.

Upon taking office in April this year, Starmer won praise from the Jewish community for saying that he would "tear out this poison [of antisemitism] by its roots".

The latest row came to light after a meeting last week between Labour's Shadow Foreign Secretary Lisa Nandy - Kinnock's boss - the Board of Deputies of British Jews and the Jewish Leadership Council.

According to a source quoted by MailOnline, Nandy told the Jewish leaders that Kinnock, a consistent and long-standing critic of Israel's policy towards the Palestinians, had been given a "dressing down" for his remarks made during the Commons debate.

"Lisa made no secret of the fact she and the leader were angry with Kinnock," the source is quoted as saying. "Especially after all the work that has been done to try and restore Labour's relationship with the Jewish community."

In June, Nandy had said that the UK should ban the import of goods from illegal settlements in the West Bank if the Israeli government pressed ahead with its plans for the unilateral annexation of the occupied territories.

The move would be a “major step” and require “courage that so far ministers have not been willing to show”, she'd told the UK's Observer newspaper. But “such a blatant breach of international law must have consequences”.

“The proposal to unilaterally annex nearly a third of the West Bank is an illegal act which will undermine the prospect of a peaceful two-state solution for Israel and Palestine," she'd continued, "and has serious implications for the stability of the Middle East."

Allies of Kinnock pointed out that he had secured the Commons debate long before he had been appointed to Starmer's front benches.

According to MailOnline, the Labour party declined to comment on the story.