Israel to renew the administrative detention of the al-Akhras prisoner 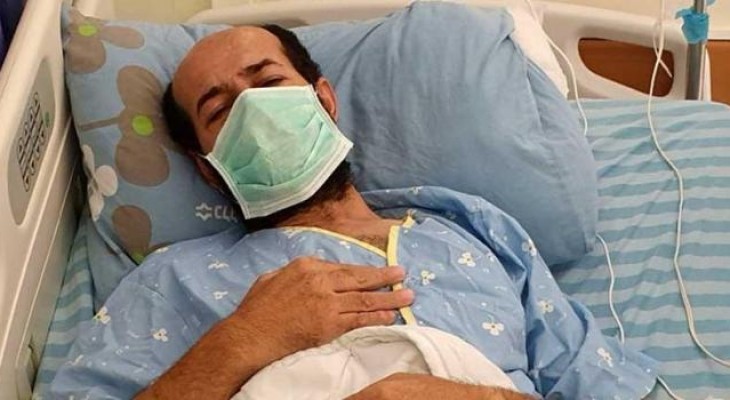 An Israeli court decided on Friday to cancel an earlier decision to freeze the administrative detention, without charge or trial, of Palestinian detainee Maher al-Akhras, whose health situation has severely deteriorated after 89 days of hunger strike, according to the Palestinian Prisoner's Society (PPS).

The PPS said the Israeli occupation authorities surprisingly moved Al-Akhras from Kaplan Medical Center in Rehovot, where he has been imprisoned for more than one month, to the health clinic of Ramle Prison, and canceled a decision on September 23 to freeze his administrative detention. This, according to the PPS, means  that he will stay in prison even after the end of his current term.

Meanwhile, The lawyer of the prisoner, Maher al-Akhras, Ahlam Haddad said today that an Israeli order was issued to renew the administrative detention of al-Akhras prisoner until the 26th of next month.

"The Israeli occupation decision today is to isolate the captive Maher and break his will," she added.

Yesterday, the International Committee of the Red Cross (ICRC) said that it is seriously concerned about the deteriorating health of al-Akhras.

Maher al-Akhras, a 49-year-old father of six from the Palestinian village of Silat a-Dhahr in the West Bank, has been on hunger strike for nearly 80 days to protest his administrative detention in Israel since early August 2020, which is due to end on 26 November 2020. The strike has left al-Akhras is on the verge of death.

Despite his dire condition, Israel is insisting on keeping al-Akhras in custody. At a High Court of Justice hearing today, the state representative only agreed to pledge not to extend the administrative detention order. Justices Sohlberg, Mazuz and Willner directed al-Akhras’ lawyer, Ahlam Hadad, to convey him the state’s offer. Al-Akhras rejected the offer and announced he would end the hunger strike only upon release.

Al-Akhras is protesting Israel’s use of administrative detention – one of the most extreme measures employed by the occupation regime.

Administrative detainees do not know when they will be released, as the regional military commander can extend the detention order indefinitely based on classified evidence that the detainees are given no chance to disprove.

Over the years, Israel has held thousands of Palestinians in administrative detention for periods ranging from a few months to several years.