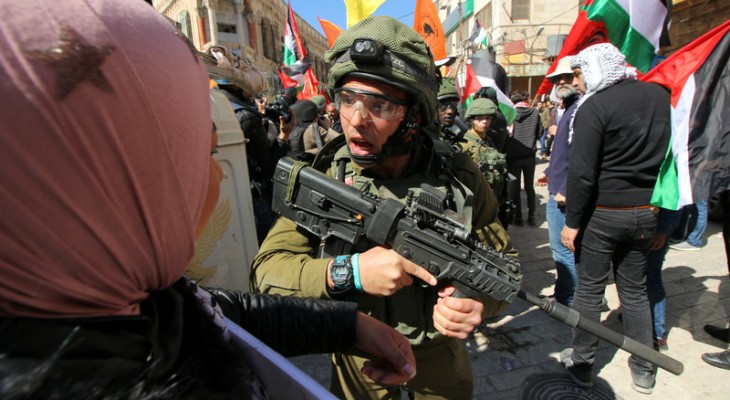 A campaign to undermine the work of Palestinian human rights organizations by conflating them with “terrorist” groups has suffered a significant blow.

The government of the Netherlands said earlier this month that “there is no reason to assume” that there are links between Al Mezan, a human rights group in Gaza, and the left-wing Popular Front for the Liberation of Palestine.

Dutch funding of Al Mezan had come under question by Geert Wilders, leader of the Freedom Party, and two other members of parliament belonging to the far-right group.

The lawmakers raised accusations of “Dutch aid money for Palestinian terrorists” after the publication of a document smearing Al Mezan authored by NGO Monitor, an anti-Palestinian group with close ties to the Israeli government and settler movement.

The document rehashes formulaic smears long used by organizations close to Israel against Palestinian human rights groups working towards accountability at global bodies such as the International Criminal Court.

The Jerusalem-based group asserts that photos and posts published on social media demonstrate links between Al Mezan board and staff members and the PFLP and Hamas, which are designated as “terror” groups by the European Union.

In its seven-page response, the Dutch government states that it “takes such allegations seriously” but declares NGO Monitor’s claims to be unfounded.

The Dutch government affirms that raising alleged violations to international bodies are “legitimate” and standard activities for human rights groups.

It added that it objects to social media posts concerning armed resistance made by Al Mezan staff members in their personal capacity. It adds that these posts were raised with Al Mezan, which it said would see to their removal.

However, international consensus recognizes that occupied and colonized peoples have the right to armed resistance against foreign domination.

And while it places onerous conditions on funding to Palestinian nongovernmental groups, the EU rewards Israel for its crimes.

The result is an increasingly “shrinking civic space” in which Palestinian human rights groups may operate – as intended by the Israeli government and its proxies.

While welcoming the Dutch government’s response to the claims made by NGO Monitor, Al Mezan called for the unequivocal rejection of “malicious incitement” intended to shield Israel from accountability.

We too welcome the Netherlands' rejection of the campaign against @AlMezanCenter, a top human rights NGO & partner.
Smear campaigns by NGO Monitor & other pro-occupation orgs seek to prolong the chronic impunity enjoyed by Israeli state forces, & must be exposed & dismissed. https://t.co/l982Dd76cq

NGO Monitor, which presents itself as a charity watchdog, has fostered alliances with far-right figures and parties in Europe as part of its efforts to shore up unconditional support for Israel.

It is part of a general trend of groups closely aligned with Israel finding common cause with extremists in Europe, including Holocaust deniers.

2 additional points: The Dutch government response was to questions asked by Geert Wilder's PVV, a far-right, Islamophobic party. Good example of the unholy alliance between illiberal, reactionary camps in Israel and the EU. Does NGO Monitor coordinate with the PVV? https://t.co/4g4UpHgCIW

Wilders’ anti-Muslim views were extensively cited with approval in the manifesto of Anders Brevik, who massacred dozens of people in Norway in 2011.

The Dutch politician has also thrown his support behind Israeli efforts to annex West Bank land in violation of international law.

Ten years ago, NGO Monitor targeted a Dutch aid group for its financial support to The Electronic Intifada, relying on the scurrilous and defamatory claims that are characteristic of its smear campaigns.

Now the US State Department is relying on NGO Monitor’s claims as it is reportedly moving to declare prominent international organizations such as Amnesty International, Human Rights Watch and Oxfam as “anti-Semitic.”

The State Department is singling out those groups because of their advocacy for Palestinian rights.

Massive resources have been deployed to stifle the work of organizations challenging Israeli impunity.

But despite this bullying, accountability may be nearing as the International Criminal Court inches closer towards opening a full investigation into war crimes in the West Bank and Gaza Strip.

Earlier this year, Israeli media reported that the government is compiling “a secret list of military and intelligence officials who might be subject to arrest abroad” should an ICC investigation proceed.