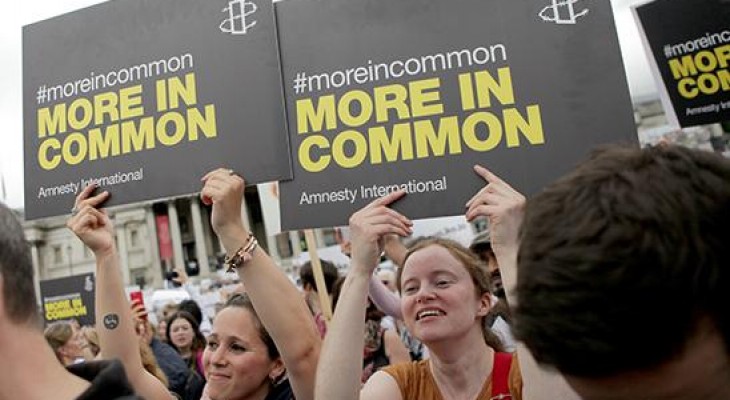 The Trump administration is considering declaring that several prominent international NGOs — including Amnesty International, Human Rights Watch and Oxfam — are anti-Semitic and that governments should not support them, two people familiar with the issue said.

The proposed declaration could come from the State Department as soon as this week. If the declaration happens, it is likely to cause an uproar among civil society groups and might spur litigation. Critics of the possible move also worry it could lead other governments to further crack down on such groups. The groups named, meanwhile, deny any allegations that they are anti-Semitic.

Secretary of State Mike Pompeo is pushing for the declaration, according to a congressional aide with contacts inside the State Department. Pompeo is eyeing a future presidential run and has taken a number of steps to gain favor with pro-Israel and evangelical voters who make up a key part of Trump’s electoral base.

But the proposal is drawing opposition from career State Department employees. Among the opponents are department lawyers who warn that it is on shaky grounds due to free speech concerns, could lead to lawsuits and might even lack a proper administrative legal basis.

Spokespersons for the State Department did not immediately reply to a request for comment on Wednesday. A former State Department official with contacts on the inside confirmed the basics of the declaration and said it could be released shortly.

The declaration is expected to take the form of a report from the office of Elan Carr, the U.S. special envoy to monitor and combat anti-Semitism. The report would mention organizations including Oxfam, Human Rights Watch and Amnesty International. It would declare that it is U.S. policy not to support such groups, including financially, and urge other governments to cease their support.

The report would cite such groups’ alleged or perceived support for the Boycott, Divestment and Sanctions movement, which has targeted Israel over its construction of settlements on land Palestinians claim for a future state.

It’s also expected to point to reports and press statements such groups have released about the impact of Israeli settlements, as well as their involvement or perceived support for a United Nations database of businesses that operate in disputed territories.

The material impact on such organizations is not immediately clear, and it could depend on which branch or division of a group is counted. Human Rights Watch and Amnesty International USA, for instance, do not take U.S. government funding. Oxfam America does not take U.S. funding, but its affiliates overseas may take some U.S. dollars depending on the circumstances.

The groups named also do not all officially support the BDS movement or take a position on it. But they have all been critical to one degree or another of Israel’s settlement policies and its treatment of the Palestinians, and pro-Israel organizations have claimed that the groups’ actions nonetheless constitute support for the movement and are thus anti-Semitic.

Officials with the three groups were unaware of the potential State Department declaration until contacted by POLITICO.

“AIUSA is deeply committed to fighting anti-Semitism and all forms of hate worldwide, and will continue to protect people wherever justice, freedom, truth, and dignity are denied,” he said in a statement. “We vigorously contest any allegation of anti-Semitism, and look forward to addressing the State Department’s attacks in full.”

Human Rights Watch official Eric Goldstein noted that the Trump administration often relies on the work of groups like his own to validate its own policy positions.

“We fight discrimination in all forms, including anti-Semitism,” Goldstein said in a statement. “Criticizing government policy is not the same as attacking a specific group of people. For example, our critiques of U.S. government policy do not make us anti-American.“

The draft State Department declaration is drawing much of its information from NGO Monitor, a pro-Israel site that tracks the activities of human rights and other organizations and often accuses them of being anti-Israel.

A spokesman for the Israeli Embassy did not immediately offer comment Wednesday when asked about the potential U.S. declaration.