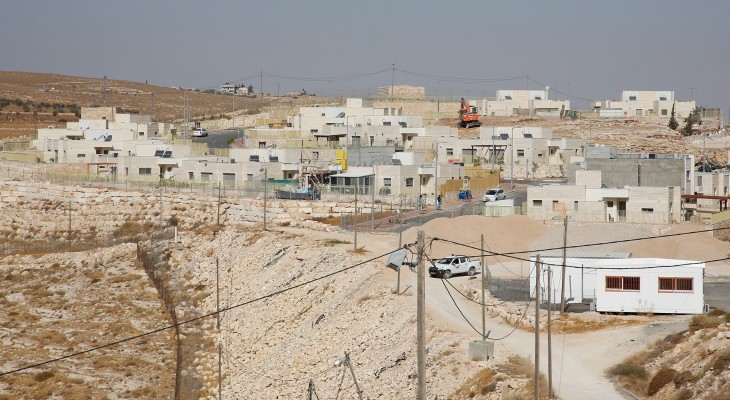 “The expansion of settlements violates international law and further imperils the viability of a two-state solution to bring about a just and lasting peace to the Israeli-Palestinian conflict,” said a joint statement from the foreign ministers of Germany, France, the United Kingdom, Italy and Spain.

“As we have emphasised directly with the government of Israel, this step furthermore undermines efforts to rebuild trust between the parties with a view to resuming dialogue,” they said, urging an immediate halt in settlement construction.

This week, Israel approved the construction of more than 3,000 settler homes across the occupied West Bank, ending an eight-month lull in settlement expansion.

JOINT STATEMENT FROM THE FOREIGN MINISTERS OF GERMANY, FRANCE, THE UNITED KINGDOM, ITALY AND SPAIN

The latest approvals raised the number of settlement homes to be advanced this year to more than 12,150, according to Peace Now, the settlement watchdog group.

“These approvals make 2020 the highest year on record in terms of units in settlement plans promoted since Peace Now began recording in 2012,” the watchdog said in a statement.

The European ministers said pushing ahead with more settlements would be a “counterproductive move in light of the positive developments of normalisation agreements reached between Israel, the United Arab Emirates and Bahrain”.

The UAE and Bahrain in mid-September set aside decades of enmity with Israel to sign a US-brokered deal to normalise ties.

US Secretary of State Mike Pompeo also urged Saudi Arabia to recognise Israel, in what would be a strategic boost for the country.

But Riyadh said the focus should remain on the Palestinian-Israeli peace talks before any formal rapprochement between Israel and Saudi Arabia.

Western powers had hoped the deals would bring regional stability and give a boost to hopes for peace.

But the Palestinians have branded the shift by the Gulf nations as “betrayal”.

Palestinians claim all of the West Bank, captured by Israel in the 1967 Middle East war, as part of a future independent state. They say the growing illegal Israeli settler population, approaching 500,000 in the West Bank, has made it increasingly difficult to achieve their dream of independence.

A string of US administrations, along with the rest of the international community, opposed Israeli settlement construction. But Trump, surrounded by a team of advisers with close ties to the settler movement, has taken a different approach.

In contrast to its predecessors, the Trump administration has not criticised or condemned new settlement announcements, and in a landmark decision last year, Pompeo said the US does not consider settlements to be illegal.

The Trump administration also moved its embassy to Jerusalem in 2018, drawing sharp criticism from Palestinians who say Washington is no longer an honest broker in peace negotiations.