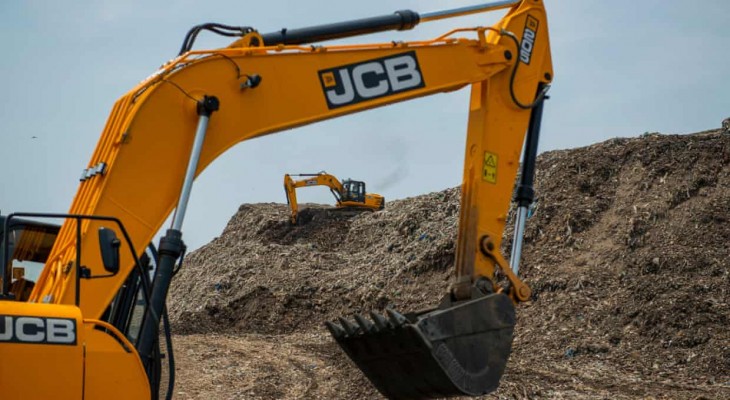 You highlight JCB’s donations to the Conservative party. But JCB also donates to a leading children’s charity, the NSPCC, effectively sanitising the company’s reputation.

The charity has accepted over £5m from JCB. A year-long campaign has informed it in detail about the misery inflicted on Palestinian families and children by JCB equipment. But the NSPCC has rejected all the evidence and continues to associate itself with JCB.

The irony is glaringly obvious and the charity’s claim that “every childhood is worth fighting for” rings a little hollow. We all know and value the good work done by the NSPCC. But the charity is open to criticism for its determination to take donations from JCB, regardless of how that money is obtained. Recently, the Social Work Action Network and the UK Palestine Mental Health Network have added their voices to the campaign and publicly challenged the charity to live up to its proclaimed ideals of championing children’s rights.

JCB and the NSPCC must understand that Palestinian children’s lives matter too.
Annie O’Gara
Sheffield

• I read your article with interest. In April 2019, I was sent by the Quakers to the West Bank for three months to be a humanitarian witness to the Israeli occupation of Palestine.

I witnessed and photographed the demolition of Palestinian homes, water wells, fences, tents, schools and clinics, all on the pretext that they had been built without planning permission. I was shocked to see British-built JCB machines being used in the demolitions.

An incident that stands out for me, on 28 May 2019, was watching the digging up and destruction of water pipes supplying the village of Al Jwaya (near Attuwani) in the South Hebron Hills. Twenty-five Israeli soldiers plus a work gang, two low loaders and three JCB machines destroyed the pipes, depriving 14 families of water for themselves, their crops and flocks of animals. The aim was to force the Palestinians off their own land to make way for illegal Israeli settlements.
Nick Georges
Chilworth, Surrey