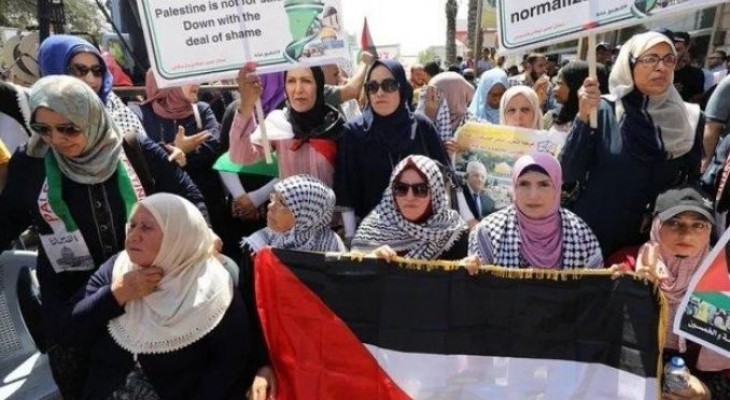 Ninety percent of the Arabic-language social media posts about Israel’s normalization with the UAE and Bahrain have been negative, according to a report by the Israeli Ministry of Strategic Affairs.

Haaretz said that the study examined conversations on Facebook, Twitter, Instagram, and YouTube between August 12 and September 8. It found that around 90 percent of participants voiced opposition to normalization, with just five percent expressing clearly positive views of the process.

The main argument against the agreements, the report said, was that they betrayed the Palestinians. This sentiment appeared in 45 percent of comments. People also objected to signing agreements with Zionists in general (27 percent); accused the UAE of hypocrisy (10 percent) and of capitulating to the US (five percent); and accused it of craving profits (four percent).

The most popular hashtags were “normalization is treason” and “Bahrainis against normalization”. These hashtags, said the ministry, reached more than 100 million social media users during the period studied.

The Ministry of Strategic Affairs, often described as the propaganda arm of the Israeli state, leads on efforts to undermine the Boycott, Divestment and Sanctions (BDS) movement and to criminalize criticism of Israel. It is said to have recognized the need to counter opposition to normalization amongst ordinary Arabs across the region.

Last week, a survey of 13 Arab states found that the populations were overwhelmingly opposed to normalization with Israel until the Zionist state ends its brutal occupation of Palestine. More than 85 percent of the 28,000 respondents also opposed diplomatic recognition of Israel.

The country of Bahrain became the latest Arab nation to normalize ties with Israel, less than a month following a similar decision by the United Arab Emirates.

The Bahraini decision, which was announced by US President Donald Trump on Friday was made despite repeated assurances that Manama will not extend diplomatic ties with Israel until Palestinians obtain their rights in accordance with international law.

The Bahrain-Israel agreement came as another shock to Palestinians who still didn’t recover from the news of the UAE-Israel normalization.