Lord Levy: I helped create relations for Israel with Oman and Bahrain 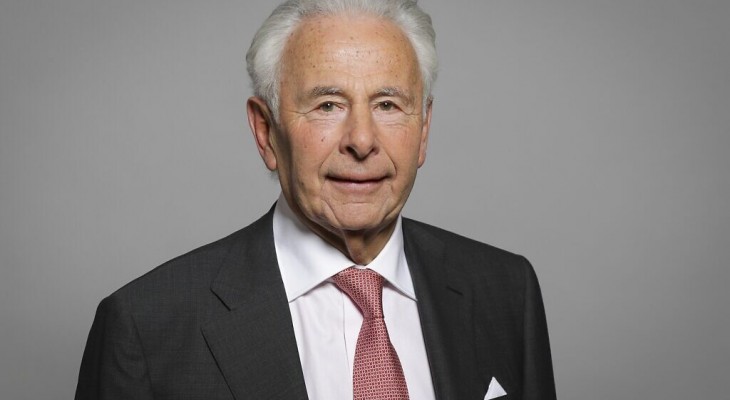 In the latest in our series of podcasts with people who are changing the world, Zaki Cooper talks to Labour peer, community leader and businessman Michael Levy, who is a former personal envoy and adviser to Tony Blair on the Middle East, about his career and books that inspire him

Michael Levy qualified as a chartered accountant and then created one of the most successful independent music companies, The Magnet Group.  The label had many popular artists, including Alvin Stardust, Chris Rea, Darts, Bad Manners and Guys & Dolls. He sold it to Warner Brothers and became a legendary fundraiser for the Labour Party, the academies programme in education, the Jewish community and wider society. He served as Prime Minister Tony Blair’s Middle East Envoy from 1998 to 2007.

You were brought up in Stoke Newington and attended Hackney Downs Grammar School. What are your earliest memories of those days?

I was brought up in a predominantly Jewish area. My late father was the shamash in the shul in Stoke Newington.

We lived in one room and I had to go to a public bath every week.

I remember Mummy used to stretch meals to get one meal to last three. They were economically tough, but wonderful times.

I had a loving upbringing.

You have selected The Firm by John Grisham. Why do you like that book?

I always enjoy John Grisham – he’s a very easy read. That book is about a brilliant young man who was hoodwinked into joining a firm, with a wonderful package given to him. It turned out to be a firm that looked after some very dodgy clients. It’s a lesson to youngsters to be very careful before you embark on your careers and to make sure you really are doing the right thing. The book really taught lessons about how one conducts one’s life and particularly one’s professional commercial life.

Once you sold your business, you switched your attention to charity and community service.  Famously in the early 1990s, you attended a dinner with the then shadow Home Secretary Tony Blair, which changed your life. Tell us more.

I went to the dinner as the most junior person there. Tony had just come back from visiting Israel and no one really thought he was going to be the leader of the Labour Party.

Tony was a very nice guy and we just hit it off.  We sat in the corner and had coffee. We started playing tennis together. The whole family came over to our home and we spent a lot of time together.

John Smith died suddenly of a heart attack and history changed, and Tony became the leader of the party. From there, I was at the right hand of the new leader of Labour.

Your next selection is The Moscow Trilogy by Simon Sebag Montefiore. There’s a lot of history in that novel. Why do you like it?

Sebag Montefiore is a brilliant writer. It is a very, very profound period in history, and particularly Russian history. The way it’s been written as a novel through the eyes of these families somehow enables one to relate and understand history.

You were appointed Middle East Envoy by Prime Minister Blair and worked closely with leaders of Israel, the Palestinian Authority (PA), Syria, Jordan and Egypt. What was that like?

It was a time when there was really some positivity and a desire for something concrete.

I had excellent relationships with the leadership in Egypt, Jordan and, surprisingly, Syria as well. And with the PA, there was really hope there could be a way forward. If you asked me, ‘what would be your biggest disappointment during that time?’, it would be that a deal did not come to fruition with Syria. I helped create relations for Israel with Morocco and Tunisia, and then with Oman, Qatar and Bahrain.

There’s a lovely anecdote I’ve heard you tell about putting on tefillin in Damascus.

I travelled everywhere with my tefillin and tallit, and every embassy knew I would pray in the morning. That was quite an experience laying tefillin in the British Ambassador’s residence in Damascus where I was staying. I went to the shul and took the service there. That was a very tear-jerking experience.

I helped create relations for Israel with Morocco and Tunisia, and then with Oman, Qatar and Bahrain.

One of the books you’ve selected relevant to this is The Lemon Tree. Why do you like that book?

It’s about some young Arabs who wanted to go back to see their family roots.

There was a lemon tree in the backyard of the wonderful house they had and when they went there, a young Arab man in his mid-20s met a young girl who was from a family of Holocaust survivors. She learnt his history and they struck up a friendship that lasted many years. It just gave hope.

Although it was on a micro level, somehow it always gave me hope that on a macro level, why can’t this be repeated? Why can’t there really be true peace between all sides?

What do you make of Sir Keir Starmer’s early months as Labour leader?

He is a highly intelligent man, very sincerely committed to what he wants to build and do. I do believe he wants to wipe out this horror show of antisemitism and any form of racism from the Labour Party.  I think he is very determined to put the Labour Party back on the map seriously, to become a serious opposition and frankly to be ready for government.

If one had to judge him on the start he’s made, I would have nothing but positive things about what he is doing and the potential of the Labour Party under his leadership.

Why did you choose If This Is A Man by Primo Levy?

Your contribution to the Jewish community has been remarkable, particularly in your leadership and also fundraising for charities. What are the secrets to success?

I was chair of UJIA and on the board of governors at the Jewish Agency. I am now president of JFS, Jewish Care, JLGB, Etz Chaim and MMK. I headed the academies programme in education and was president of Volunteering Matters for many years and am now president of Sense and Sense International. Everyone thinks there’s some magic formula to fundraising, but that is not the case. It’s about asking people in a sensitive way and most importantly understanding the charity and having the determination because the worst that can happen is someone says no. 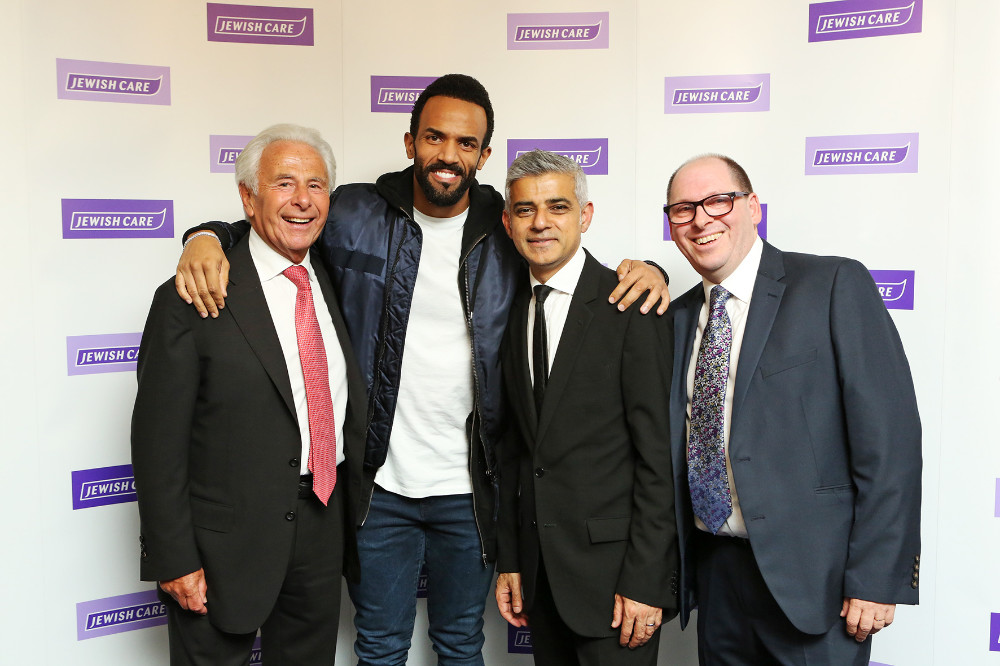 Your final selection is the Book of Ruth, which we read on Shavuot. Why does that particular book resonate with you?

It represents so much of what I try to do in my life. It depicts so much kindness and love and beyond perhaps the call of duty. It’s very uplifting and shows us what kindness can do and how it can be so beautifully rewarded.

Listen to the FULL PODCAST here: