The Israeli Army Doesn't Have Snipers on the Gaza Border. It Has Hunters 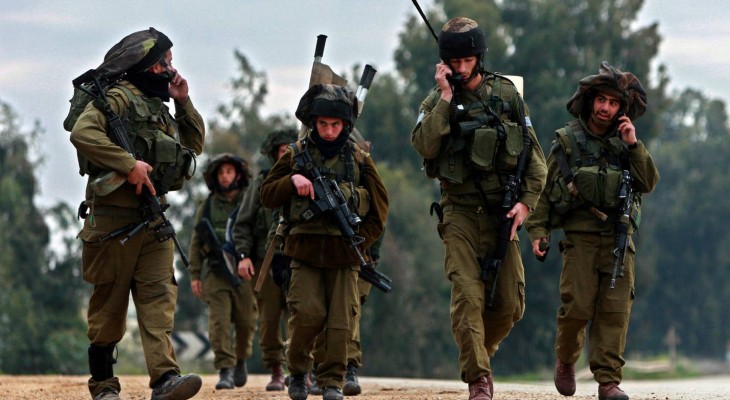 They’re the best of our boys. One is a “musician from a good high school,” another a “boy scout” who majored in theater.” They’re the snipers who have shot thousands of unarmed protesters along the Gaza border fence.

In the Gaza Strip there are 8,000 permanently disabled young men as a result of the snipers’ actions. Some are leg amputees, and the shooters are very proud of that. None of the snipers interviewed for Hilo Glazer’s frightening story in Haaretz (March 6) has any regrets. If they are feeling at all apologetic it’s because they didn’t spill more blood. One was mocked in his battalion with “here comes the killer.” They all act like murderers. If their actions don’t show it – more than 200 dead as a result of them – then their statements prove that these young men have lost their moral compass. They are lost. They will go on to study, to have careers and to raise families – and will never recover from their blindness. They disabled their victims physically, but their own disabilities are more severe. Their souls were completely twisted. They will never again be moral individuals. They are a danger to society. They lost their humanity, if they ever had it, on the shooting berms facing the Gaza Strip. They are the sons of our friends and the friends of our sons, the young people from the apartment across the hall. Look how they talk.

The soldiers’ talk we once knew – the collection of testimonies on the Six-Day War published in English as “The Seventh Day” – turned into the talk of butchers. Perhaps that’s for the best – we have spared ourselves some hypocrisy – but it’s hard not to be shocked at the depths to which we have sunk. They recalled the number of knees they shot. “I brought in seven-eight knees in one day. Within a few hours, I almost broke his record.” “He got around 28 knees.” They shot at unarmed young men and women who were trying in vain to struggle for their freedom, an issue that couldn’t be more just. “The regular scenario is supposed to be that you hit, break a bone – in the best case, break the kneecap – within a minute an ambulance comes to evacuate him, and after a week he gets a disability pension.”

Not enough for you? “The objective is to cause the inciter minimal damage, so he will stop doing what he’s doing. So I, at least, would try to aim at a fattier place, in the muscle region.” Still not enough? “If you mistakenly hit the main artery of the thigh instead of the ankle, then either you intended to make a mistake or you shouldn’t be a sniper. There are snipers, not many, who ‘choose’ to make mistakes.”

They knew who they were facing. They don’t even refer to their victims as “terrorists,” only “inciters.” One compared them to members of a youth movement.

“Even if you don’t know their precise ‘ranks,’ you can tell by the charisma who the group leader is.”

They chose their victims by their charisma, with a sniper’s precision. Their “leadership aura” has destined young men to a life of disability in the cage that is Gaza. But that was not enough. They become bloodthirsty as only young incited people can be. They wanted more blood, not just blood, a child’s blood. Not just a child’s blood, but in front of his family.

“‘Let me just once take down a kid of 16, even 14, but not with a bullet in the leg – let me blow his head open in front of his whole family and his whole village. Let him spurt blood. And then maybe for a month I won’t have to take off another 20 knees.”

They wanted blood from a boy’s head only to spare themselves the need to take down 20 more knees. They identified their victims’ age by their shirts: Dress shirts for the older ones, T-shirts for the youngest.

None was court-martialed. Correction: One got seven days in military jail for shooting a sheep. Soldiers in the world’s most moral army don’t shoot sheep. With 200 dead and 8,000 wounded, they think “the restraints on us are shameful.” That is their shame. They are our shame. They, and their commanders. They and the army that orders them to shoot at protesters as if they were “ducks who chose to cross the line.”