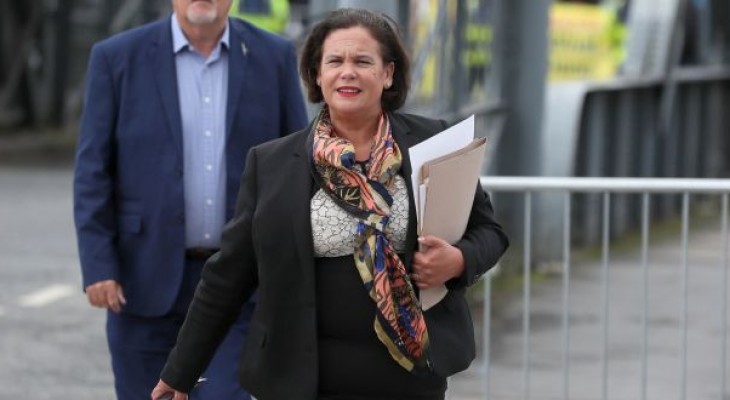 Formal recognition of the Palestinian state has to be done at the “optimal time” and in consultation with other EU members, according to Taoiseach Micheál Martin.

He also ruled out putting the Occupied Territories Bill on the statute books, insisting that it would be in breach of EU law.

The Bill, which would ban imports from illegal Israeli settlements in Palestinian territories, has been passed by the Seanad and was awaiting formal committee stage scrutiny when the general election was called. But the last government also refused to implement it, based on legal advice. *

In sharp Dáil exchanges with Sinn Féin leader Mary Lou McDonald the Taoiseach said that even it was made law “it would not change anything in terms of Israeli government policy right now, if we are honest”.

Ms McDonald told Mr Martin “you have the power to recognise the state of Palestine”, a move approved by the Dáil and Seanad in 2014.

She called on him to “do it while there is still a Palestinian state to recognise”.

But Martin said that Ms McDonald and her party should raise the issue on Capital Hill the next time she was there. “I’m not too sure you do,” he said.

He said Sinn Féin had a “dual approach” on the issue and while very strong on it in Ireland he did not get the sense that her party raised it “with the same degree of commitment as here in the House”.

Ms McDonald said her party’s views were very clear and known everywhere and the Taoiseach could not change US policy but could change Irish policy.

The legislation was an issue in the Coalition formation talks but at Fine Gael’s insistence it was not included in the final draft of the programme for government.

Ms McDonald said a Green Party TD’s response when asked what happened to the bill was two words “Simon Coveney”.

Describing the legislation as a game changer the Sinn Féin leader said it would change legally and diplomatically the issue of the occupation and the economy of the occupation “which the Israeli state has carefully fostered”.

But theTaoiseach said “let’s keep it in perspective and let’s keep some reality to this - no one said it would be a game changer”.

He stressed the Government’s commitment to a two-state solution and said the State “needs to take a stand” in relation to any plans by Israel to annexe more land. The Israeli government, with US backing pledged to further annexe East Jerusalem and the West Bank.