The Israel lobby has spent $2 million to defeat Ilhan Omar 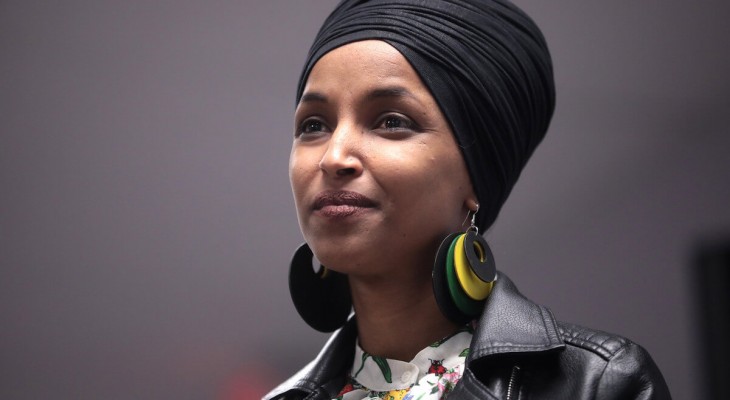 Late last week, a report in Vice News accused Rep. Ilhan Omar of using an antisemitic trope in a campaign mailer in which she highlighted her primary opponent’s Wall Street donations.

With that, an enduring national controversy was reignited.

Members of both parties spent months last year lambasting the progressive Minnesota Congresswoman, branding her antisemitic for claiming that the pro-Israel lobby influences US policy and discourse with its political spending.

As the controversy’s latest installment plays out, federal campaign finance records show the pro-Israel lobby is doing just that — spending heavy in an attempt to oust Omar. The freshman lawmaker is locked in a primary race with Antone Melton-Meaux, a moderate, pro-Israel lobby backed candidate. A Mondoweiss analysis of Federal Election Commission records and Facebook’s ad library found pro-Israel PACs have injected around $2 million into the race through multiple channels.

As Omar’s critics once again cry “antisemitism,” her supporters see the lobby’s latest donations as vindication and more clear evidence that it uses its financial might to influence the American political process. The revelations cast further doubt on the sincerity of the criticisms leveled against Omar, which many say are thinly veiled Islamophobic attacks.

Omar has been “unfairly smeared as antisemitic” in part because she’s one of the nation’s first Muslim Congresswoman who has “unapologetically” pushed progressive policies, including Palestinian rights, said Beth Miller, Government Affairs Manager at JVP Action.

“In particular, when women of color and progressive leaders speak out on things, they’re attacked, and Ilhan is black and Muslim, so the attacks are that much harsher,” she said. “It seems very clear that the attacks on her are very much rooted in Islamophobia and racism, and we see that time and time again in the ways people talk about her.”

Omar isn’t the lobby’s only target — campaign finance records show it has spent tens of millions of dollars this cycle to defeat progressive US House and Senate candidates in races with centrists who support the Israeli agenda.

It’s getting mixed results as several of its candidates, like US Rep. Eliot Engel, have lost, and the latest polling puts Omar up on Melton-Meaux by 37 points.

Regardless, an ideological lobbying industry spending to protect its allies and oust its perceived opponents is nothing out of the ordinary, said Brendan Quinn, a spokesperson for the nonpartisan Center For Responsive Politics, which tracks campaign finance.

“It’s what ideological interest groups do — it’s why they exist,” he said. The obviousness of the lobby’s goals makes the backlash against Omar and others who challenge the lobby all the more suspect.

Among the Melton-Meaux campaign’s largest super PAC donors is the Pro-Israel America PAC, which has contributed over $350,000. It funnels money from the lobby’s individual donor network and is run by two former AIPAC staffers. Similarly, NORPAC has sent about $150,000 from its donors to Melton-Meaux.

Meanwhile Stars and Stripes Forever and Americans For Tomorrow’s Future, super PACs that have donated to Trump and AIPAC-linked groups, have spent around $700,000 on mailers attacking Omar. The PACs’ top donors include multiple noted AIPAC activists, like Peter Hoffman, a Palm Beach advertising executive.

The AIPAC connections are especially notable because the group claims that it doesn’t spend on specific races, but it appears to get around that by having its leadership set up super PACs.

Among those is the Maryland Assn for Concerned Citizens super PAC, which is run by AIPAC board member Steve Sibel; the Heartland PAC that’s headed up by David Leb, an active leader in AIPAC’s midwest arm; and former Texas Democratic Rep. Gene Green. He ran the House Democratic Israel Working Group, which worked closely with AIPAC to promote pro-Israel policy positions. AIPAC is also active on Facebook where it recently circulated $663,000 worth of ads that were critical of Omar and progressives. Other groups, like American Jewish Congress have run similar ads.

The lobby is throwing similar money at candidates running against or being challenged by progressives.

The Democratic Majority For Israel, a PAC with ties to AIPAC, poured well over $2 million into New York Rep. Eliot Engel’s losing campaign against progressive challenger Jamaal Bowman. It also spent heavy earlier this year to help defeat Bernie Sanders, and AIPAC and Satterfield are working to unseat Rashida Tlaib, though her opponent is a Louis Farrakhan supporter who the lobby seems hesitant to fully back.

Omar has ‘unabashedly’ called out the lobby

All the spending comes at a critical time — “The Squad’s” and progressives’ break with the Democratic establishment on Israel-Palestine policy highlighted a growing rift on the left, and the lobby recognizes what’s at stake in November.

But the reaction to Omar has been especially hostile. Many charged that the furious response to her comments quickly devolved into Islamophobic attacks on one of the nation’s first Muslim Congresswomen. Trump capitalized on last year’s uproar, leading chants of “send them back” at his rallies, fanning phony outrage and prompting serious death threats.

The lobby and its allies have zeroed in on Omar for several reasons, said Zaha Hassan, a human rights attorney and visiting fellow at the Carnegie Endowment for International Peace. Omar “unabashedly” has called out the lobby, supports BDS, has taken up Israeli human rights abuses, “and hasn’t backed down regardless of how many times folks have come at her with charges of antisemitism.”

“She has come out strongly in support of Palestinian human rights and she has not been afraid of calling what Israel is doing in terms of its control over Palestinian lives ‘apartheid’ — that’s what sets her apart,” Hassan said.

Still, other lawmakers and progressives are increasingly vocal in their criticism of Israel, and they haven’t faced an onslaught of attacks from the president, his supporters, Israel and centrist Democrats.

Hassan pointed to Minnesota Rep. Betty McCollum, a white woman who represents a district next to Omar’s, who has similarly denounced Israel as an “apartheid” state but doesn’t face the same criticism.

“She presents an easier target for some folks who want to delegitimize that kind of speech about Israel in terms of accountability and conditioning aid and those kinds of issues,” Hassan added.

Beyond that, Omar has become a leader of the pro-Palestine progressive movement, and knocking her out of office in August would represent a major win for Israel. The lobby’s willingness to spend over $2 million on that objective highlights its importance.

“We’re heading in a strong progressive direction and Ilhan is one of the leaders, so it makes perfect sense that the people who want to hold us back and continue the status quo would be threatened by her and do everything in their power to defeat her,” Miller added.