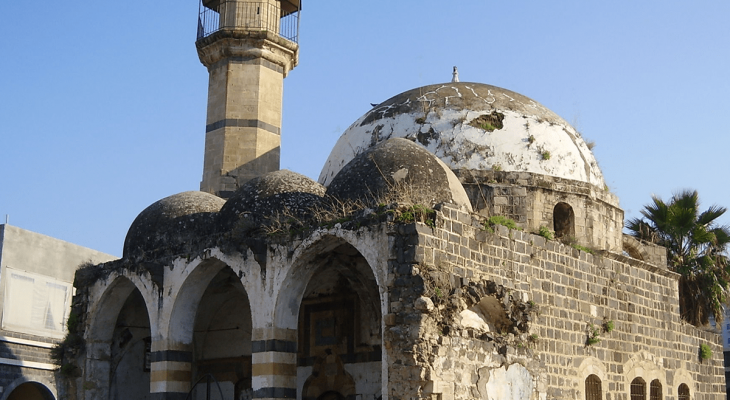 One of the landmarks of Tiberias, the mosque, also known as the Zaydani mosque, was built on the Mameluke architecture, with a big dome and a minaret.

“Like most Palestinians, the Tiberias residents have fled to Syria and Lebanon following the Nakba,” Kamal Khatib of the High Follow-up Committee for Arab Citizens of Israel, told Anadolu Agency.

“The Zaydani family, however, moved to the adjacent city of Nazareth,” he said.

Khatib said the Zaydani family had asked the Israeli authorities to give them permission to renovate the Umari mosque.

“The Tiberias Municipality, however, refused, arguing that it would renovate it, but nothing happened,” he said.

“Even since the mosque has been closed with Israeli authorities banning worshippers and visitors from entering it,” he said.

The study also showed that 40 mosques were either destroyed, closed, or abandoned, while 17 others were turned into bars, restaurants, or museums.

For example, the Al-Ahmar Mosque in the northern town of Safed was turned into a concert hall, while Al-Jadid Mosque in the city of Caesarea was changed into a bar, according to the study.

Khatib recalled that mosques in the pre-Nakba era were teeming with worshippers. “After the Nakba, however, mosques were destroyed, particularly those in villages. Other mosques were either turned into synagogues, bars, museums, cafes or restaurants.”

Khatib lamented that the Israeli policy “disregards the sentiments of Muslims”, citing the al-Isaaf cemetery in Jaffa, where tombs were razed despite protests from local residents.

Khatib said Israeli authorities have enacted legislation to confiscate the property of Palestinians, who fled their homes.

“The Knesset (Israel’s parliament) passed the law of absentees, under which Israel confiscated buildings and property of Arab citizens [who left their homes to other areas],” he said.

Israel denies the accusations of using mosques for other purposes than worshipping.

In October 2015, the Israeli Foreign Ministry said there were around 400 mosques in Israel and that the number of worshippers doubled five times over the past 25 years.

Khatib, however, dismisses the Israeli claim, saying “The Israeli government has never built a mosque in the country’s history”.