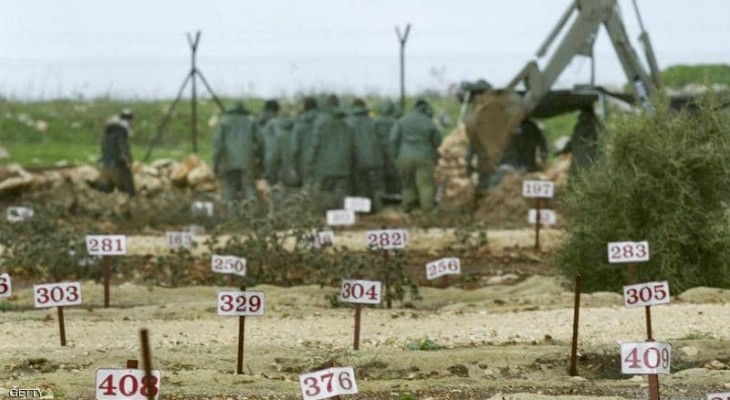 Occupied Palestine (QNN)- The Israeli Minister of war and Prime Minister-designate Benny Gantz said on Saturday that a harsher policy on returning the bodies of Palestinian martyrs has to be adopted by the occupation state.

Gantz demanded that Palestinians’ dead bodies shall never be returned except “in exceptional circumstances”.

The new policy is supposed to be approved by the Political-Security Cabinet in the coming weeks.

In a reply submitted by the occupation state to the Supreme Court in the case of Ahmad Erekat, who was killed by Israeli soldiers under the pretext of trying to ram them, Gantz stated his intention to change the current policy regarding the return of the bodies of Palestinian martyrs.

Erekat was shot last month at the Container military checkpoint in Bethlehem and left to bleed until he died. Israeli soldiers prevented medical teams as well as civilians and journalists from reaching him or saving his life.

The Israelis claimed that Erekat tried to ram them, however, his family confirmed that their son was killed while he was on his way to pick up his sister from the hairdresser’s and take her to her wedding.

According to a 2017 policy decision, because Erekat was not a member of Hamas, the occupation state had no grounds to refuse to return his body. The Diplomatic-Security Cabinet decided that bodies of Hamas fighters would not be returned to families, but rather be buried in cemeteries of numbers in the occupied territories.

The occupation state has been withholding over 300 bodies of Palestinian martyrs, in violation of the international law. The Geneva Conventions stresses the necessity of burying the bodies of deceased detainees or those who were killed with respect according to procedures that are appropriate with their religious culture.