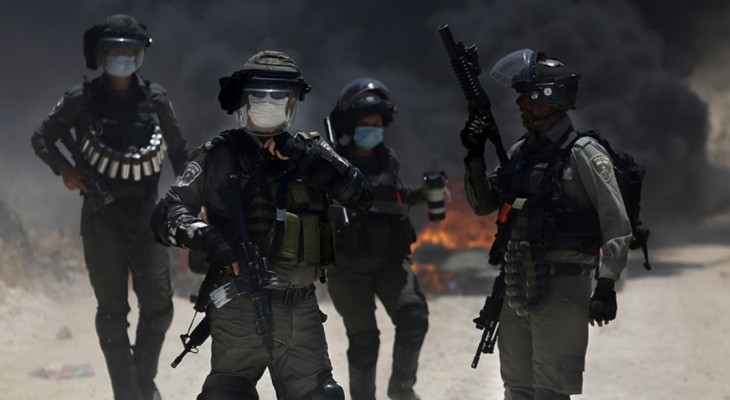 SEVENTY cross-party MPs have condemned the attempted eviction of a Palestinian family from their East Jerusalem home by a “charity.”

The Jewish National Fund (JNF) is a registered charity in Britain, yet campaigners allege that it has funnelled donations into the displacement of Palestinians.

The organisation is behind a 30-year drive to evict the Sumarin family from their home in Silwan, a Jerusalem neighbourhood just south of the Old City’s walls that is the site of the City of David.

The predominantly Palestinian district has been the focus of illegal settler projects aided by the draconian Absentees’ Property Law.

This legislation allows the Israeli state to seize Palestinian homes if the inhabitants were not present when Israel illegally annexed East Jerusalem in 1967.

Earlier this month, an Israeli court in Jerusalem issued the family of 13 with another eviction notice under this law, giving them 45 days to vacate their home — which was built by a family elder in 1950.

Campaigners in Britain are fighting to stop the eviction of the Sumarin family by the JNF, which often gains ownership of Palestinian homes before passing them on to settler organisations.

An early day motion proposed by SNP MP Tommy Sheppard condemning the move has been signed by 70 MPs, including Labour’s Jeremy Corbyn and Diane Abbott and the Greens’ Caroline Lucas. Lib Dem and Plaid Cymru MPs, along with one Tory, have also signed the motion.

Stop the JNF UK campaigner John Nicholson said: “The JNF is an Israeli front organisation which disgracefully is still a ‘charity’ in the UK, meaning that UK taxpayers are all contributing to the tax relief the JNF receives.

“John McDonnell and Jeremy Corbyn have joined the MPs who have signed this motion and everyone needs to encourage all our own constituency MPs to do likewise.”

The JNF was set up in 1901 to buy and develop land in Palestine for Jewish settlement. It receives donations from all over the world.