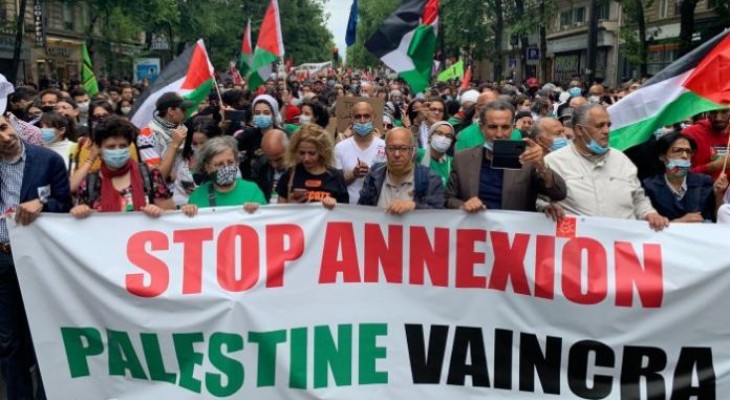 Paris (QNN)- Hundreds of French protesters marched in Paris against the Israeli annexation plans of the West Bank on Saturday.

The protesters, who marched from the Boulevard Barbès to the Place de la Nation, held the flags of Palestine as well as signs that read “Free Palestine” and “Immediate lifting of the blockade of Gaza”.

The occupation state announced that it will start annex large areas of the West Bank, locking thousands of native Palestinians inside small cantons controlled by the Israeli army and preventing them from their basic human rights like the right of movement and the right of natural growth.

The annexation plans were first proposed by the US administration in Trump’s plan, which wasn’t even discussed with Palestinian leaders. The Israelis announced that they will unilaterally start to implement Trump’s plan, which has been described to be completely biased towards ‘Israel’.