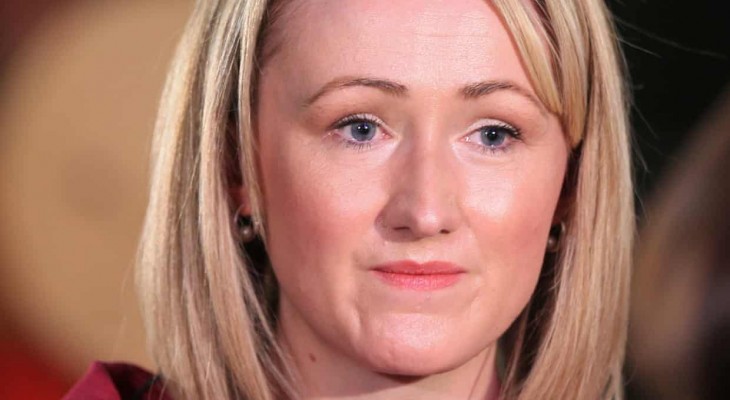 Keir Starmer is facing a showdown with the left of Labour after his decisive sacking of Rebecca Long-Bailey reignited the party’s internal turmoil over the issue of antisemitism.

In a swift move, Long-Bailey was summarily dismissed as shadow education secretary for sending an approving tweet about an interview in which the actor Maxine Peake said the US police tactic of kneeling on someone’s neck was taught by the Israeli secret service.

This was emphatically denied by Israel, and Peake later retracted the claim. By then, however, Long-Bailey had been fired.

Her approval of the interview, in which Peake also talked about her new film and her support for Jeremy Corbyn, led Jewish groups to demand she delete her tweet and apologise. Instead she sent another message saying she did not endorse “all aspects of the article”.

Less than three hours later, a brief statement from Starmer’s office said he had asked Long-Bailey to step down.

It said: “The article Rebecca shared earlier today contained an antisemitic conspiracy theory. As leader of the Labour party, Keir has been clear that restoring trust with the Jewish community is a number one priority. Antisemitism takes many different forms and it is important that we all are vigilant against it.”

In an online press briefing with reporters, Starmer went further. “I asked Rebecca Long-Bailey to step down from the shadow cabinet for sharing the article,” he said. “I didn’t do that because she is antisemitic, I did it because she shared the article which has got, in my view, antisemitic conspiracy theories in it.

“My primary focus is on rebuilding trust with the Jewish communities. I didn’t think sharing that article was in keeping with that primary objective.”

The swift action brought praise from Jewish groups and from Labour MPs who had been critical of Jeremy Corbyn’s handling of complaints about antisemitism in the party.

Marie van der Zyl, the president of the Board of Deputies of British Jews, said the decision showed Starmer was “backing his words with actions on antisemitism”.

She said: “After Rebecca Long-Bailey shared a conspiracy theory, we and others gave her the opportunity to retract and apologise. To our surprise and dismay, her response was pathetic. Her position as shadow education secretary was therefore untenable.”

But in sacking Long-Bailey, the only notable Corbyn supporter to still have a top shadow cabinet job, Starmer stirred intense anger from the left of the parliamentary party, and he faced pressure to reinstate her.

Amid reports that the left-leaning Campaign group wanted a meeting with Starmer or were planning a statement of solidarity with Long-Bailey, the BBC said on Thursday night that Starmer would meet MPs on Friday to address their concerns.

A series of individual MPs condemned the decision, some of them arguing that Peake’s view had not been antisemitic and others saying the move indicated a narrowing of views in the party.

John McDonnell, who was shadow chancellor under Corbyn, tweeted: “Throughout discussion of antisemitism it’s always been said criticism of practices of Israeli state is not antisemitic. I don’t believe therefore that this article is or ⁦⁦@RLong_Bailey⁩ should’ve been sacked. I stand in solidarity with her.”

Jon Trickett, a shadow Cabinet Office minister under Corbyn, said he was alarmed. “Keir said he wanted a unity cabinet and he wanted people from across the party. If he narrows the gene pool down much further, he will potentially get into trouble,” he said.

Momentum, the Corbyn-backing movement within Labour, said in a statement that Starmer “says he wants party unity, then sacks the most prominent leftwinger on the frontbench for no good reason. It’s a reckless overreaction”.

Peake’s allegation was based on a 2016 report from Amnesty International. The organisation later said that it had never reported that Israeli secret services taught a “neck kneeling” technique.

“For years, we’ve documented appalling crimes under international law and human rights violations meted out to Palestinians by members of the Israeli security forces, though the precise nature of the training offered to US police forces by Israeli officials is not something we’ve documented,” it told the New Statesman.

“Allegations that US police were taught tactics of ‘neck kneeling’ by Israeli secret services is not something we’ve ever reported and the article in question has rightly been amended to acknowledge that.

“The US police themselves have a longstanding record of using excessive force against members of the public – including Black Lives Matter protesters, something we reported on earlier this week.”

In a Twitter thread following her dismissal, Long-Bailey said her initial tweet of clarification had been made in “wording agreed in advance by the Labour party leader’s office”, but that Starmer’s team then instructed her to delete both her original tweet and the update, which she refused to do.

She said: “I could not do this in good conscience without the issuing of a press statement of clarification. I had asked to discuss these matters with Keir before agreeing what further action to take, but sadly he had already made his decision.”

Long-Bailey had initially tweeted: “Maxine Peake is an absolute diamond,” linking to an interview with the Independent in which the actor said the practice of kneeling on a person’s neck – which led to the death of George Floyd in Minneapolis – was “learnt from seminars with Israeli secret services”.

Peake later said she had been wrong, tweeting: “I feel it’s important for me to clarify that, when talking to The Independent, I was inaccurate in my assumption of American police training & its sources. I find racism & antisemitism abhorrent & I in no way wished, nor intended, to add fodder to any views of the contrary.”

Long-Bailey was seen as the standard bearer for the pro-Corbyn wing of Labour in the race to succeed him as leader. She won just under 28% of members’ votes, while Starmer took 56%.

Upon taking over, Starmer pledged to tackle complaints about antisemitism within parts of Labour that many Jewish organisations said had been treated with insufficient seriousness under Corbyn.