Belgium to vote on recognizing Palestinian state, sanctions on Israel 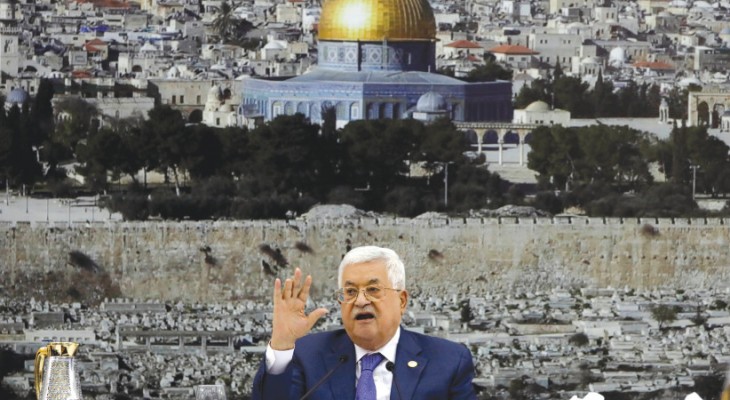 The Belgian Chamber of Representatives is set to vote on whether to recognize a Palestinian state on Thursday, along with another resolution calling to threaten European Union sanctions against Israel should it extend its sovereignty to parts of the West Bank.

One resolution calls on Belgium “to formally recognize the State of Palestine… and to consider this recognition as a contribution from Belgium to the solution based on the coexistence of two states.”

The other calls for there to be effective countermeasures at the European measure, and, since that is unlikely due to the EU’s unanimity requirement for foreign policy, to build coalitions of member states “in order to provide a proportionate response to any Israeli annexation of occupied Palestinian territories,” giving sanctions against Russia due to its annexation of Crimea as an example. It also calls for Belgium to initiate resolutions in the UN Security Council, where it is currently a member.

Belgium, one of the EU countries that is least friendly to Israel, currently has a caretaker government tasked only with responding to the coronavirus pandemic, so parliamentary decisions have a greater significance for foreign policy than in a time that there is a majority-backed government.

The resolution supporting EU punitive measures against Israel passed in committee earlier this month with an easy majority and is likely to pass in the plenary. The measure to recognize a Palestinian state passed by one vote in the Foreign Affairs Committee and is considered less likely to be approved by the plenary.

MPs from left-wing parties, including the French-speaking Socialist Party and members of the French and Flemish-speaking green parties, proposed the resolutions.

Israeli diplomats in Brussels have urged the Belgian Right and centrists to oppose the motions.

Ambassador to Belgium Emmanuel Nahshon tweeted: “A decision to ‘recognize Palestine’ would be totally counterproductive, would encourage the Palestinians in their persistent refusal to negotiate and would undermine Belgium’s credibility. We hope reason will prevail.”

The text of the resolution calling for action against Israel condemns “Jewish settlements,” rather than the usual European terminology, which is to describe them as Israeli.

The lawmakers also mischaracterize the coalition agreement between Likud and Blue and White, which allows Prime Minister Benjamin Netanyahu to bring sovereignty over parts of the West Bank to a vote on July 1 at the earliest, if he has American support for the move. Netanyahu and Alternate Prime Minister Benny Gantz have yet to decide how or if to proceed with the US peace plan, nor has the US determined what kinds of moves it would approve.

Yet, the text of the resolution states that the government “plans to undertake concrete initiatives from July 1, 2020… and proceed with the annexation de jure of Palestinian territories.”

The lawmakers cite past UNSC resolutions to argue that settlement activity violates international law, and compares the situation to Russia’s annexation of Crimea.

“The continuing violation of the international law as well as non-compliance with many UN resolutions by the Israeli State cannot go unanswered,” the second resolution reads, “and… in case of new annexation, countermeasures will therefore be even more necessary and timely.”

They also quote Israeli organizations, such as Commanders for Israel’s Security and the Israel Peace Parliament, which says “annexation would mean a fatal blow to the possibility of peace and the establishment of an apartheid state.”

Sweden was the only EU country to recognize a Palestinian state in recent years, though other parliaments called on their governments to do so. Poland, Hungary, Romania, Bulgaria and the Czech Republic and Slovakia recognized a Palestinian state when they were in the Soviet sphere and officially never reversed the decision.

Over 1000 members of parliaments across Europe signed a letter opposing Israel’s sovereignty planned, published in several newspapers on Wednesday.

The legislators said they “share serious concerns about [US] President Trump’s plan for the Israeli-Palestinian conflict and the imminent prospect of Israeli annexation of West Bank territory.”

They called on “European leaders to act decisively” and “take the lead in bringing international actors together to prevent annexation.

“Failure to adequately respond would encourage other states with territorial claims to disregard basic principles of international law. The rules-based global order is central to Europe’s own long-term stability and security,” the letter reads.

Over 240 of the lawmakers are British. Others come from Belgium, Sweden, Italy, Finland, France, Spain, Germany, the Netherlands, Ireland and other countries.