World should not be silent on Israeli annexation 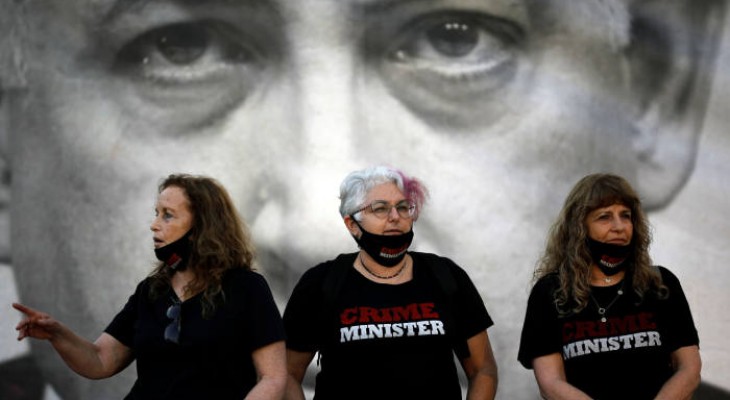 Nine years ago, Ehud Barak, then Israel’s defence minister, warned that the Jewish state faced a “diplomatic tsunami” if it did not come up with an initiative to move the Arab-Israeli peace process forward.

Under Benjamin Netanyahu’s 11-year watch the opposite has happened. As the prime minister has steered Israeli politics ever further to the right, he has championed Jewish settlement in the occupied West Bank, demonised Palestinians and successfully buried mainstream Israeli debate about the concept of land for peace — for decades the internationally accepted foundation on which a lasting resolution to the conflict was supposed to be built.

It is a strategy that has all but destroyed Palestinian hopes of a two-state solution. But Mr Netanyahu brags that Israel’s foreign relations have never been stronger, a factor that has helped him to woo voters as he has become Israel’s longest-serving premier despite scandals and a corruption trial. His boast is a damning indictment of the feeble response of the US, Europe and others to his hardline stance on the Palestinian crisis and his disdain for international conventions. Now, emboldened by Donald Trump, he is threatening to annex the Jordan Valley, which accounts for almost 30 per cent of the West Bank, as well as the homes of more than 500,000 Jewish settlers in occupied territory.

Mr Netanyahu says the legal process for annexation will begin from July 1. It comes after the US president unveiled a “peace plan” this year that expects Palestinians — who have also been poorly served by their own leaders — to surrender key negotiating positions they have fought for over three decades. If Mr Netanyahu now moves ahead with annexation, it could edge Israelis and Palestinians closer to a single state, where the latter have limited rights and are restricted to ever smaller enclaves. Yet with Mr Trump in office, the US — long the principal broker in the Arab-Israeli conflict — is expected to greenlight the annexation. Mr Trump has already overturned decades of US policy by recognising Jerusalem as the Israeli capital and accepting Israel’s claims to sovereignty over the occupied Golan Heights.

As the US president pursues a reckless Middle East policy, it is time Europe stood up. Europe is Israel’s biggest trade partner and most European governments consider Israeli settlements illegal and support a two-state solution. Yet while the EU was quick to condemn Russia’s 2014 annexation of Crimea and impose sanctions against Moscow, its response to Israel’s creeping colonisation has been meek.

For the sake of Palestinians, the EU’s credibility, and what is left of the peace process, Europe should make it clear to Mr Netanyahu that any annexation will be met with consequences. An immediate measure would be to threaten to ban imports from the settlements and to make clear that Israeli entities in occupied territory will not be treated as being part of Israel.

Mr Netanyahu should be deterred before he acts. Shouting after the fact will achieve little — it will be virtually impossible to reverse illegitimate territorial gains. Many Israelis may consider annexation a victory, but the destruction of Palestinian hopes for a just settlement with the Jewish state will store up bigger problems for the future. Young Palestinians hemmed in and under the thumb of occupation are more likely to have their heads turned by the rhetoric of extremism.

If the outside world allows Mr Netanyahu to go ahead with his plans, it will bear some of the responsibility for the consequences. It is time for a diplomatic tsunami.