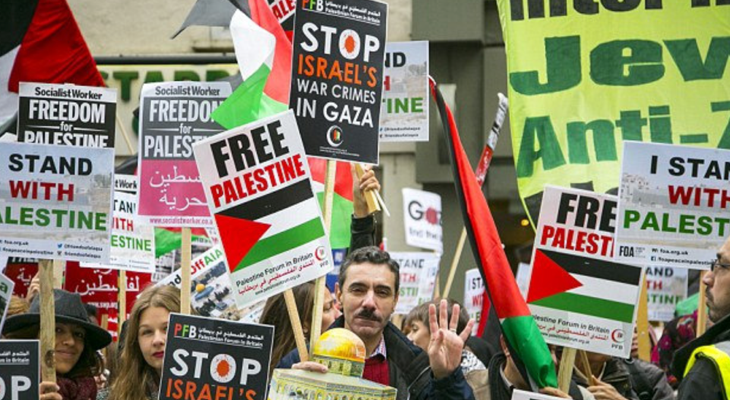 A number of pro-Palestine protests were organised across several European cities last Saturday in support of the Palestinian people facing continuous Israeli assaults. Tens of Palestinians were killed while hundreds of others were either detained or injured in Jerusalem, occupied West Bank and Gaza Strip as a result.

A number of events took place in several German cities to denounce targeting Al-Aqsa Mosque and the Israeli escalation of violence against Palestinians.

Pro-Palestine activists mobilised in Potsdamer Platz Square in Berlin to urge the German government to exercise pressure on the Israeli government to stop its violence against Palestinians.

On the other hand, thousands of pro-Palestine activists protested by the Israeli Embassy in London calling for freedom for Palestine. They raised placards denouncing Israeli crimes and calling for lifting Gaza blockade. The protesters blocked the entrance to the embassy for hours while a number of British MP’s and pro-Palestine activists gave speeches urging their government to stop its bias for Israel. They also criticised the British media for blindly adopting the Israeli narrative which always shows Israel as a victim

Former British MP, George Galloway, described what is happening in Palestine as a ‘third intifada’ and indicated that the British media deliberately ignores the fact that Palestinian people have been fighting an illegal occupation for 50 years. He stressed that fighting occupation is a legitimate human right which is being overlooked by British media.

In Paris, thousands of pro-Palestine activists gathered to demand an end for the Israeli assaults and a protection for Al-Aqsa Mosque. Likewise, another protest was organised in Saint-Étienne in solidarity with Palestine. 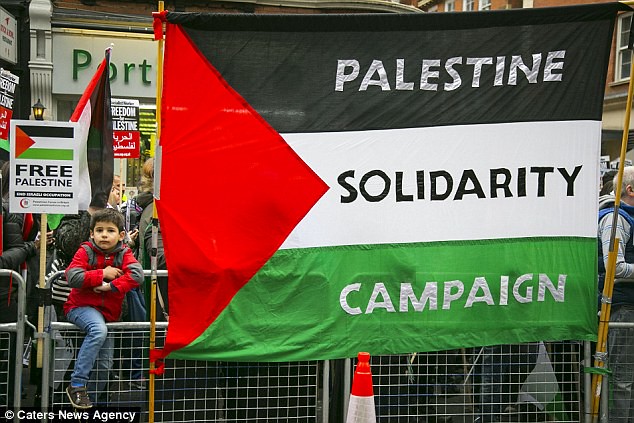