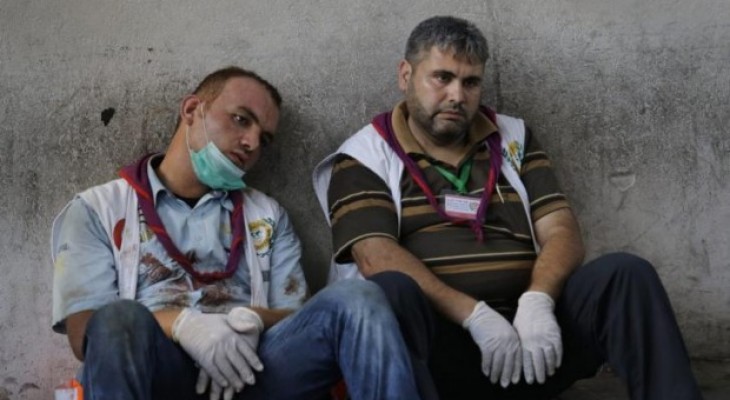 Palestinian medics and ambulances were attacked a shocking 136 times since the start of October, new figures from the Palestinian Ministry of Health show.

The news comes as the current wave of violence and reprisals enters its third week, and shows no signs of slowing.

Live ammunition was widely used, and 1850 people were also beaten and suffered burns at the hands of the Israeli army or settlers.

And the figures count only those who were treated in hospital, meaning the final number could be even higher.

The Ministry of Health, based in the West Bank city of Ramallah, stated:

In a statement to the press, a spokeswoman said that eight children were killed in the West Bank and another two in Gaza.

The youngest child was 16 months old, and the oldest was 17.

The number killed had been 45, but officials said medical negligence at the Soroka hospital in Beersheba, Israel, had caused another death.