Ideology is toxic, but a deadly ideology underpins the State of Israel, By: Nasim Ahmed 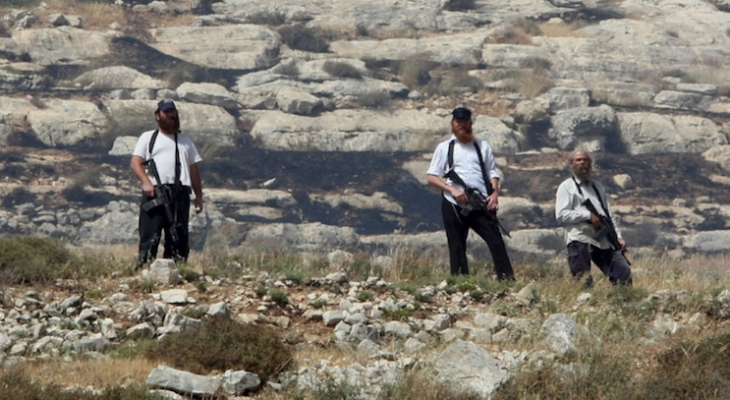 It takes blind faith and a refusal to face facts to ignore the ideological undercurrents fuelling the escalating violence in Jerusalem; its takes even more hypocrisy to go on to underwrite Israel’s ongoing assault on the Palestinians as though it is just another ordinary nation state facing extraordinary threats. It’s true that Israel is not France or Britain; it is unique, but not because it faces unique threats.

It is unique because, unlike France and Britain, Israel continues to be wedded to an ideology that subscribes to ethnic cleansing and racism. So as we watch the daily brutality with great unease, remember that we are also watching the weight of Israel’s own ideological baggage and the extremism of its prime minister as he pushes the country on to the path of self-destruction.

Let’s pause for a moment and ask why, with all the power and all the support that it garners, Israel has failed for more than half a century to end its occupation and colonisation of Palestine. On the face of it, the state has few equals militarily and economically; those which are happen to be its closest allies. Beneath the hard shell, however, there are many weaknesses: permanent frailties, extreme volatility, dogma and fanaticism, which the escalating violence in the occupied West Bank is certain to expose.

The clearest of these is the country’s criminal failure to put an end to the terrorism of messianic Jewish settlers who, despite Israel’s public rhetoric, is usually committed in the presence of Israeli soldiers. The violence is at a tipping point but the mainstream debate on the causes of the endless cycle remains deeply flawed. It was, therefore, quite uplifting to see imprisoned Palestinian leader Marwan Barghouti deliver an impassioned plea to the international community to deal with the root cause of the violence in Palestine: Israel’s occupation and denial of Palestinian freedom.

He’s right to focus on this obvious fact, which the mainstream media neglects in its reporting on the issue. The obsession with “neutrality” — itself a propaganda term — grants a degree of equivalence to the ongoing, multi-generational system of state occupation and oppression and the victims’ resistance against it, but they are never the same.

Barghouti’s appeal shows just how far behind the media discourse is when it comes to Israel and Palestine. The brutal occupation clearly is a contributing factor to the growing unrest (but you wouldn’t know that if you watched the BBC), but it most certainly isn’t the cause, although it’s understandable why he would point to the glaringly obvious from his prison cell, being unable to have the time and freedom to unpack Israel’s never-ending “temporary occupation”.

We do, though, and we can see that the violence in Palestine has less to do with the consequence of Israel’s brutal post-1967 military occupation and more to do with the inherent racism and discrimination of its founding ideology, Zionism. It’s a weakness that’s at the heart of the country.

From 1948 to 2015, the central thread running through Israel’s relationship with the Palestinians is its constant efforts to separate them from their land; to control their freedoms and movement in order to finish what many Israelis believed was unfinished business back in 1948 when the wave of ethnic cleansing began.

We hear a lot about the Palestinians’ rejection of the 1947 UN Partition Plan for their country (would you accept the UN giving more than half of your land to someone else?), but not so much about the many Zionists who also rejected partition because, according to Oxford University’s Professor Avi Shlaim, “It fell short of the full-blown Zionist aspiration for the whole of historic Palestine including Jerusalem.”

One-time terrorist Menachem Begin, Israel's sixth Prime Minister and a key figure in the rejectionist camp, pronounced: "The partition of Palestine is illegal. It will never be recognised. Jerusalem was and will forever be our capital. Eretz Yisrael will be restored to the people of Israel. All of it. And for ever."

For the nascent Zionist state, the concept of Eretz (“Greater”) Israel wasn't so much an outlandish, unachievable political pipe-dream, as much as it was an inopportune moment in history to be making such demands and equally a display of cautiousness on the part of the newly-formed country not to be seen to be overreaching in its aspirations.

A number of obstacles stood in the way of expropriating historic Palestine in its entirety from the outset, not least the fact that the post-World War Two international community, in theory at least, subscribed to international norms and standards that objected to brazen colonisation and obstruction of self-determination for an entire nation.

The international community would also vehemently oppose a political programme that demonstrated openly belligerent behaviour more akin to the 19th than the 20th century. Fortunately for Israel, cooler heads prevailed in grasping the historical opportunity for international legitimacy by accepting less than the whole they desired.

If nothing else it was a good start, even for the country’s most pragmatic leader and first Prime Minster David Ben-Gurion, who had earlier argued: “I am certain we will be able to settle in all the other parts of the country, whether through agreement and mutual understanding with our Arab neighbours or in another way. Erect a Jewish state at once, even if it’s not in the whole land. The rest will come in the course of time. It must come.”

Ben-Gurion and the Israeli left didn’t dispute the religious claim to all of Palestine and set themselves against Israeli rejectionists on a point of creed and dogma; they disagreed on strategy and timing. While it may have been reasonable at one time to dismiss the Vladimir (Ze’ev) Jabotinski rejectionist camp as merely a strain of Zionism, even though it was more tactical than creedal, it’s no longer the case that Israel is polarised on the issue.

The pursuit of Eretz Israel has been advanced through the guise of “security concerns” and the “peace process”. Zionist “rejectionists” prone to violent means to achieve their ends are more mainstream than most care to admit; they have shown themselves to be as potent a force within Israel as are the violent strains within political Islam: both threaten to unleash a “cosmic war”.

Israel has been playing the long game. Historically, the preferred method of ethnic cleansing was expulsion and displacement, which, due to international constraints, hasn’t always been possible. This limitation, explains Professor Ilan Pappé, forced Israelis to devise inventive ways to continue with the vision of having an Israel with an absolute Jewish majority.

Israel’s leaders found that if you cannot expel someone, the second-best option is to restrict their movement; keeping the “non-Jews” in neighbourhoods, villages and towns and blocking their expansion, a tactic that has been the hallmark of Israeli policy in the West Bank and, in particular, Jerusalem since 1967.There is no yawning chasm between the stated goals of Israel’s hard-line Zionist ideologues and its current policy in the West Bank and East Jerusalem, it just doesn’t exist: Israel is a deeply ideological state.

There is little public discussion about this aspect of the conflict because of the mainstream media and political firewall protecting Israel. Thus, most debates about Israel and Palestine are misleading because of the inability to admit the ideological underpinning of Israel’s policy. Settlers may subscribe to a malignant ideology, the argument goes, but not the state of Israel, oh no. And yet the very entity that encourages illegal settlements and stands idly by while settlers carry out deadly terrorist attacks against Palestinians has more than a little sympathy with their messianic dreams. The logic of denying this is as hollow as Netanyahu’s commitment to a two-state solution.

Mainstream politicians and journalists make no effort to connect the systematic denial of Palestinian rights with the inherent racism and discrimination that comes with marrying intolerant ethno-religious identity with politics. Perversely, in the case of any violent Palestinian reaction to being caged within their Bantustan zones by the Israelis, it is portrayed as being ideologically motivated, “Islamist” in essence and, even worse, part of a global movement subscribing to the ideology of violent “jihadism”.

There’s a simple reason for this dishonesty. Ideology is a dirty word. It’s socially and politically toxic. Accusations of being “ideologically motivated” are hurled at opponents in an effort to discredit their claims. Modern political orthodoxy is deeply suspicious of anything suggestive of ideology. We are living in a “post-ideological world” at “the end of history”, a rare moment when ideology is dead and buried. “Progressive” states are not in the business of advancing ideology; their role is to protect human welfare, social prosperity, peace and stability and promote “rationality”.

It’s a neat summary that’s been knocked back by a number of events, in particular the rise of violent “jihadism”. Some hold the view — mistakenly, I believe — that “Islamist ideology” is the last remaining malevolent ideology, which is nonsensical on many counts, not least because of the obvious global threat posed by Israel’s own ideology of Zionism.

Over the coming weeks and months, as you watch the Israeli terrorist lynch mobs, street executions, and hysterical shootings targeting the Palestinians, remember that they are not just knee-jerk responses to mindless Palestinian violence. Atrocities carried out by Israel cannot be downplayed as the technocratic affairs of a state “securing its borders” and “protecting its citizens”; they are rooted entirely in an ideology of segregation and racism; of murderous contempt for the Palestinian Other.

As we watch the explosion of another intifada and the fate of the Noble Sanctuary of Al-Aqsa gets decided by evil messianic forces and their supporters around the world, it remains utterly dishonest to claim that Israel doesn’t subscribes to a potent and malignant ideology. It does; and its name is Zionism.