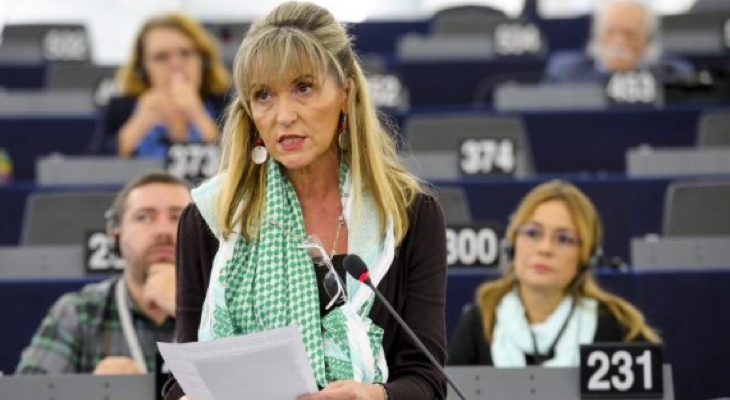 Chair of the European Parliament Delegation for relations with Palestine Martina Anderson has called for East Jerusalem to be placed under immediate international protection after a series of violent clashes have left several dead and tensions heightened to an extreme level.

Anderson said, “Every day we read with horror about another violation of Palestinian fundamental rights, another violent clash on a holy site or increasingly, another fatality in the region.”

Three young Palestinians were killed over this weekend alone; the youngest was 13-year-old Abed al-Rahman Obeidallah from Bethlehem. Meanwhile, over 500 Palestinians have been wounded, almost 200 of them with live fire.

She said, ‘This, in the context of the ongoing illegal occupation of Palestine and the brutal repression, collective punishment and humiliation of the Palestinian civilian population, is simply serving to heighten tensions in an already aggravated environment.”

Anderson also demanded lifting the ban being imposed on Palestinians’ entry to Al-Aqsa Mosque Compound. ‘The ban on Palestinians entering the Old City of Jerusalem and the blanket-restriction of Palestinian Muslims and Christians trying to access their Holy Sites in Jerusalem should be lifted immediately as it is in violation of international law and can only further aggravate the situation.’

People of all faiths must be free to worship unconditionally, she insisted. ‘The downhill path to try and present/convert the issue of occupation into a religious conflict is extremely dangerous and should be stopped at its heels.”

‘Israeli religious discrimination coupled with an alarming increase in Israeli settler violence is made worse by the total impunity with which they act. The international community cannot stand idly by as the occupying power and settler militias continue their violent crimes against the Palestinian people.”

Anderson demanded that ‘The international community, and in particular the UN Security Council must act immediately and responsibly to insist on respect for international law without exception.

‘The State of Palestine has repeatedly appealed for international protection and it has reiterated that appeal again today. The international community must act decisively to alleviate the immense suffering of the Palestinian people brought about by the occupying power’s violence and utter disregard for the value of Palestinian lives.’