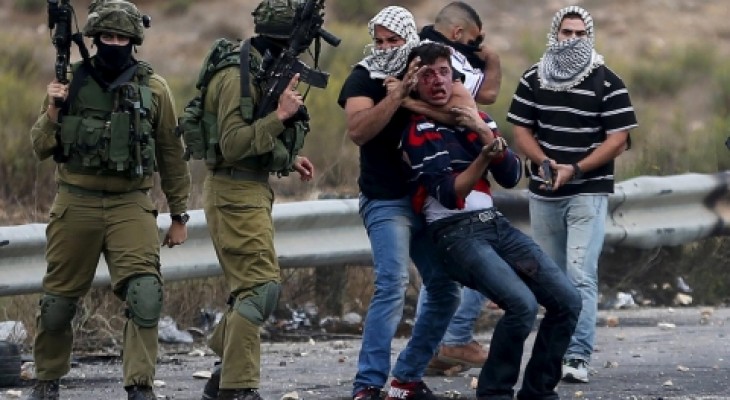 Palestinian protests have grown in areas across the occupied West Bank, including East Jerusalem, prompting Israeli forces to respond harshly.

On Monday, a 13-year-old Palestinian from the Aida refugee camp in the Bethlehem area died after being shot by Israeli soldiers.

Munther Amira, a neighbour of the slain teen Abed al-Rahman Shadi Obeidallah, said: "He was coming back from school carrying his backpack. He was killed in cold blood by the most aggressive occupation in the world."

Fatma from the Aida refugee camp said the teen "didn't do anything to deserve this. He should still be playing with his friends instead of being buried in the ground."

At least 1,600 Palestinians have been injured in clashes since Saturday, according to the Palestinian Red Crescent. At least 134 of them were shot by live ammunition and hundreds of others suffered from excessive tear gas inhalation and wounds from rubber-coated steel bullets.

Four Israelis have also been killed during the latest clashes, including two settlers shot dead on Thursday night October 1 and another two fatally stabbed in Jerusalem on Saturday.