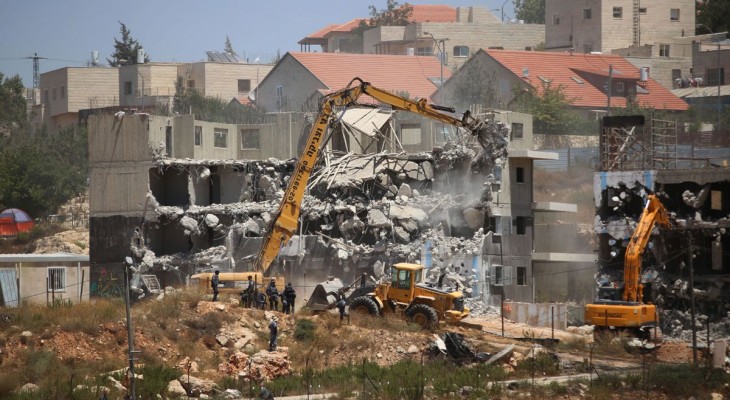 Amnesty International yesterday called on Israel to halt its house demolitions policy as a collective punishment measure against Palestinians in the occupied territories.

In a letter to Israeli Prime Minister Benjamin Netanyahu the human rights organisation said house demolitions is being used as a deterrent against innocent people in a flagrant violation of fundamental human rights.

The organisation stressed its rejection of the collective punishment policy against any civilian group which it said constitutes a violation of international law and the principle of justice enshrined in Israeli law and all the economic, social and cultural rights conventions to which Israel is a party.

It also stressed that the right to housing is central to decent life and any violation of this right will affect other rights such as the right to family, work and education.

“The violation of this right affects vulnerable groups especially children and women while these families remain without compensation and without alternative accommodation,” the letter added.

“Israel, as an occupying power, must abide by the Geneva Convention relative to the Protection of Civilian Persons in Time of War.”

The watchdog and other human rights organisations have demanded Israel stop the policies of house demolitions and collective punishment.

The Israeli cabinet has approved a series of measures against Palestinians who commit operations against it, including the demolition of their homes.

Authorities yesterday demolished three homes which belong to the families of three Palestinian youths which Israel claims committed hostile operations in East Jerusalem and blocked the house of a fourth suspect with cement.