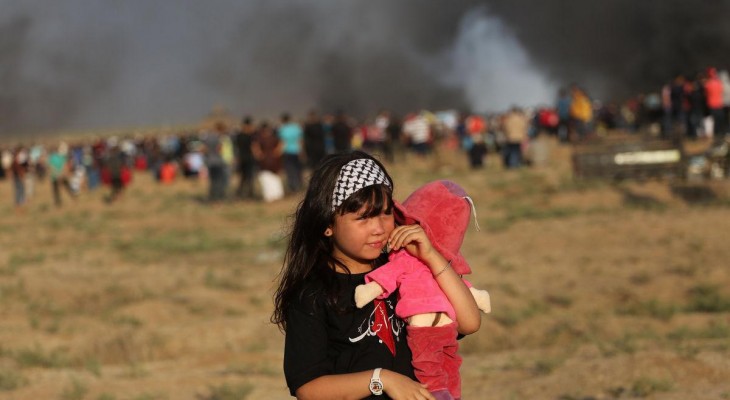 The occupation has escalated its ongoing attack on the Gaza Strip, after months of tension and cautious calm, to the extent that observers expect that this escalation is the beginning of a fully-fledged war similar to the Israeli wars in 2008, 2012 and 2014. Is it really the beginning of a full-fledged war? What are the occupation’s objectives for its recent violence?

Reading into the internal Israeli debate

The internal debates in the political and media arenas in Israel do not seem to indicate that there has been a decision to wage a war on Gaza. The government, especially Netanyahu and the Defence Minister Avigdor Lieberman, are leaning towards not carrying out such an attack for reasons related to the occupation’s inability to completely eliminate Hamas. Also because of the enormous media and political costs of the war, based on the experiences of the three previous wars.

On the other hand, other parties in the government, such as Naftali Bennett, head of the far-right Jewish Home party, are pushing for war, perhaps to register political goals against the Likud.

As for the military experts and research centres, they are divided over the appropriate options for dealing with Gaza, between the need to maintain the relative “calm” imposed by the recent war in 2014, and the launch of a full-on war to reimpose full calm in the so-called Gaza envelope settlements.

Among the options are the Syrian and Lebanese fronts, as some government, military, and media voices are pushing for a focus on the security concerns and risks on these fronts, and refraining from waging a new war in Gaza.

The Great March of Returns, kite, and incendiary balloons are a new major factor that could affect the Israeli decision-making process regarding the war on Gaza. The fires in the Gaza envelope settlements caused by the kites and incendiary balloons have put great pressure on the government. They have also acted as a tool for more radical ministers and military officials to score political points against Netanyahu, which has prompted the latter to carrying out more frequent air strikes under the pretext of targeting those issuing the orders to launch the kites. This is an effort on his part to ease the internal pressures and political bidding from more radical parties.

Apart from the public pressures and demands, the real motivator for the recent Israeli escalation is the Israeli government’s desire to restore the deterrence equation produced by the 2014 attack, disrupted by the phenomenon of burning kites, because of the large fires caused by this phenomenon.

To understand the occupation’s objectives for imposing an appropriate deterrence equation, we must look back on the shift that appeared in the Israeli deterrence policy since 2006:

Through its current escalation in the Gaza Strip, the occupation is actually seeking to re-establish the deterrence equation created by the past wars after the introduction of a new factor to this equation, i.e. the phenomenon of burning kites.

The questions remaining are those regarding the position required by the Palestinians on the popular and resistance level. The Great Return March experience proved that peaceful popular Palestinian action is the most feasible in the current stage. On the one hand, it maintains the “clash” with the occupation, and on the other, it reverts the conflict back to its original state: a conflict between a brutal occupation force and an occupied people looking for freedom. It also imposes a higher political and media cost on the occupation at a lower cost to the Palestinian people than the war. Furthermore, it has the ability to get the issue of the unjust blockade on Gaza moving.