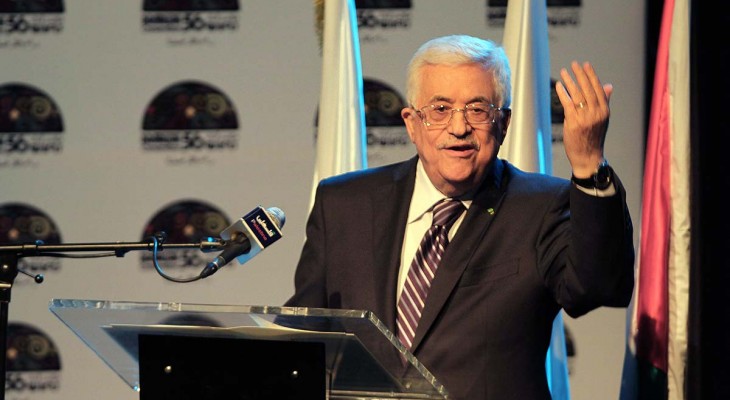 Hamas official Yahya Musa said: “Abbas’s threats to end Oslo are old and he cannot commit to them… He begged for meetings with the Israelis, Americans and the international movements in a show of weakness in his speech.”

He continued: “This reflects Abbas’s political bankruptcy. He does not have alternatives or strategies for the future… He cannot stop security cooperation with the occupation or take the side of the Palestinian resistance.”

Meanwhile, Hussein Mansour, member of the central committee of the Popular Front for the Liberation of Palestine, said that Abbas’s speech “fell far too short of Palestinian hopes.”

He also said that Abbas left the door open to retreat from his decisions. “He did not commit to the Palestinian decisions which were issued by the [PLO] Central Council and had a national consensus, including halting security cooperation with the occupation,” Mansour said.

Mansour condemned Abbas’s calls for the Israeli occupation to begin peace talks while not discussing Israeli crimes, mainly in the Gaza Strip, which has been under a crippling siege for eight years.

He stressed that Abbas commits only to his own vision, which more than 90 per cent of Palestinians object it, describing him as a “dictator”.

Islamic Jihad official Khader Habib said that Abbas has to commit to his pledges if he wants to prove his credibility.

“His speech is different than previous speeches,” Habib said, “Abbas clearly announced he would not commit to deals with Israel… But this needs to be translated on the ground,” calling for the international community to take up its responsibility.

Senior leader of the Democratic Front for the Liberation of Palestine Talal Abu Zarifa said that Abbas’s speech fell short of Palestinian expectations. “It should have been more serious and Abbas should have clearly announced disengagement with the Israeli occupation.”