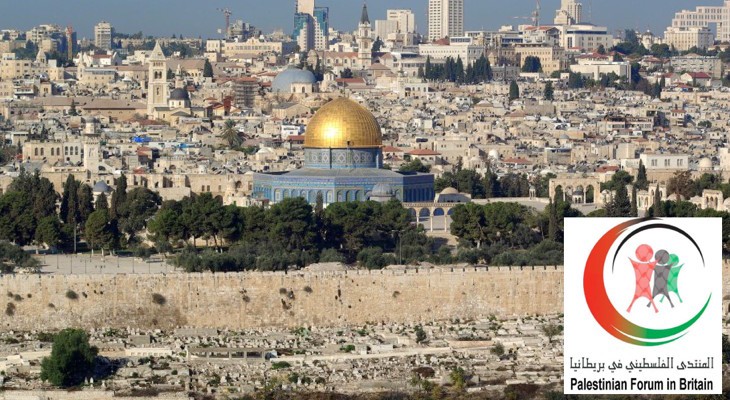 The Palestinian Forum in Britain (PFB) expressed Thursday outrage over  the international complete silence towards the Israeli recent escalation in al-Aqsa mosque.

The forum’s statement came after Israeli authorities decided to ban Palestinian worshipers and sit-inners’ entry into al-Aqsa mosque while facilitating settlers’ access under the pretext of Jewish holidays.

The complete silence of Arab and Islamic world and the Arabic public’s frustration have raised many eyebrows, the statement reads.

This state of indifference has encouraged the occupation to step up its attacks an aggression against al-Aqsa mosque, the third holiest site in Islam, said head of PFB Dr. Hafidh al-Akremi.

The international continued silence, he added, just gave Israel everything it needs to justify its crimes and violations.

Al-Aqsa mosque is a red line that cannot be crossed in any way, and its protection is everyone’s duty, Al-Akremi continued.

In this regard, he called on European Union and Britain in particular to exert more pressures on Israel to stop its attacks on Islamic and Christian holy sites in occupied Jerusalem. “Israel’s attacks aim to ignite religious war in the region”.

This continued aggression fuels and provokes the emotions of three millions of Muslims in Britain, he warned.

“It is important for major countries, the UN and international organizations to shoulder their responsibility in order to put a stop to this dangerous Israeli aggression, and Muslim peoples and governments must support and defend Al Aqsa Mosque.”