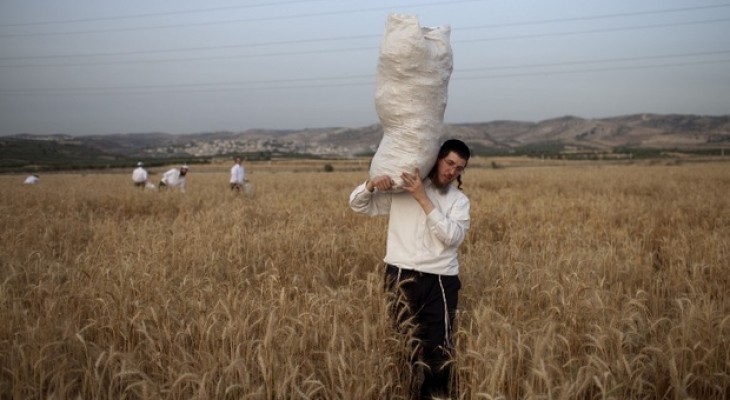 EU parliamentarians voted overwhelmingly on Thursday on a motion that encouraged labels to be put on consumer goods produced in Israeli settlements in the West Bank, East Jerusalem and the Golan Heights.

The motion, which reportedly passed with 525 votes out of 626, said the labelling of Israeli settlement produce in the EU market “in the spirit of differentiation between Israel and its activities in the Occupied Palestinian territories” would “ensure that all agreements between the EU and Israel unequivocally and explicitly indicate their inapplicability to the territories occupied by Israel in 1967".

The motion also condemned recent attacks by Israeli settlers on Palestinians, called for the urgent reconstruction of the Gaza Strip and supported Palestinian self-determination.

Israeli Foreign Ministry spokesman Emmanuel Nahshon told Haaretz that the motion was “discriminatory with a sharp smell of boycott”.

He also reported said it was an attempt to force a diplomatic solution, “instead of encouraging the Palestinians to return to the negotiating table. Europe is acting with hypocritical sanctimoniousness toward Israel when it does not consider proposing similar solutions to northern Cyprus or Western Sahara.”

“It is simply a distortion of justice and of logic and I think that it also hurts peace; it does not advance peace,” he said in a statement reported in the Times of Israel.

Senior officials in the Israeli Foreign Ministry told Haaretz that the motion caused anger in the ministry because it is the first time that the EU has supported the differentiation of Israel and the settlements, and signals a change in European rhetoric.

The passage of the motion comes as the European Commission is in the final stages of discussing whether products from West Bank settlements should be labelled.