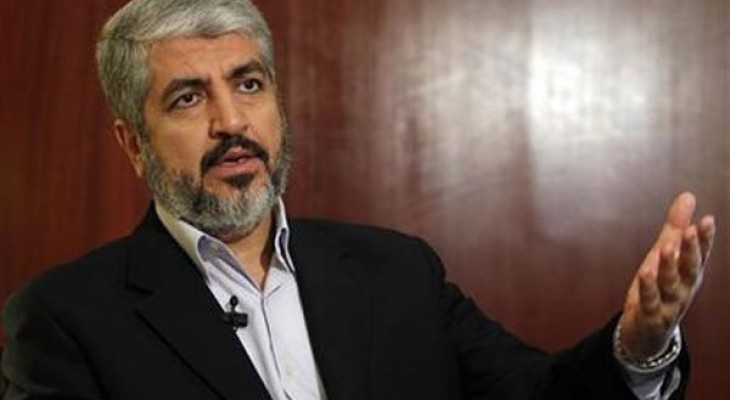 Many observers saw a potential breakthrough in Tony Blair’s recent meeting with the head of Hamas’ political bureau Khaled Meshaal that may take Hamas out of the bottleneck and lead to a long-term truce between the movement and Israel. Yet, it appears that the crux of the issue surpasses initial assessment as this meeting comes in the midst of entangled developments and may perhaps lead to various domestic, regional and global transformations.

After years of estrangement, Meshaal has met with Saudi King Salman bin Abdulaziz Al Saud. Following this meeting, Meshaal met with the Russian Foreign Minister Lavarov, Turkish President Erdoğan and recently with the former representative of the international Quartet, Tony Blair. According to the Guardian, this meeting was the fourth raising suspicions of a prospective long-term truce between Hamas and Israel.

Israel’s Haaretz newspaper reported that Israel has agreed to a sea route between the Gaza Strip and Cyprus in return for a long-term ceasefire with Hamas. The news and suspicions coincided with contradictory statements from Hamas officials; some confirmed while others refuted the story. Leaks suggest that Hamas’ consultative council had a quasi-unanimous ruling on such deal, with the reservation of only two leaders from the movement.

These developments corresponded with many statements by Turkish officials who urged the need to settle the conflict between Israel and Hamas. They also declared their rejection of any hostile activities by Hamas aimed at Israel from the Turkish soil amid Israeli-Turkish talks of re-normalising relations.

The Palestinian Authority (PA), for its part, has rebuffed any side agreements between Hamas and Israel, a position adopted by many Arab countries, led by Egypt. This position stems from the fact that any individual side agreements between Hamas Israel will override what it considers to be the legitimate Palestinian leadership, represented by Mahmoud Abbas. It may also lead to the de facto separation of the Gaza Strip from the rest of occupied Palestine and thus can be considered an official declaration of the death of any efforts for Palestinian national reconciliation.

The damage is not limited to Palestinian internal affairs, but would rather weaken official Palestinian diplomacy that was lately able to achieve remarkable accomplishments. To elaborate, at the aim of aborting any Palestinian diplomatic activism it has become a fundamental Israeli strategy to delegitimise the role of the Palestinian leadership. Having said that, because the Palestinians have been marred with their own divisions since 2007 (i.e. between Hamas and Fatah), Israel has been using the fracture to propagate its own narrative that the Palestinian Authority does not represent all Palestinians. A unilateral deal between Hamas and Israel would unequivocally stand in favour of Israel’s narrative and said strategy.

When attempting to analyse the motives behind Israel’s decision to broker a truce with an organisation it considers “terrorist”, it appears that the issue outdoes the Palestinian-Israeli conflict itself and merely prolongs the current Palestinian division. In modern history, Israel has always tried to secure one front when it expects or plans an action on other fronts. In other words, when expecting or planning a war against the southern front (Gaza Strip), it seeks to secure the northern front (Hezbollah). Similarly, when it expects action from the northern front, it plans on securing the southern front with Hamas.

However, it has become obvious that Hezbollah is not the sole menace for Israel in north, but Syria with all its complicated components. This argument becomes more realistic when linked to development suggesting that major powers are seeking arrangements for the secure exit of Assad from Syria without a realistic preparation for an alternative. Thus would definitely lead to more chaotic conditions on Israel’s northern front and could potentially lead to an unexpected reaction from Hezbollah if it lost its chief protector and supplier in the Levant.

Whether the suspicions of a prospective Hamas-Israel truce deal are accurate or not, what is definite is that the Blair-Meshaal meeting lies in a wider context that includes new regional arrangements for Syria for the post-Assad era. As such, the proceeding meetings that brought together Meshaal, the Russian foreign minister and the Turkish president fits in the same narrative requiring that regional and global powers recognise the important role of non-state actors in the region as one of the main outcomes of the so-called Arab Spring.

As such, Russia will never forsake Assad without securing a new caretaker of its interests in the region. In the same vein, Turkey shares long borders with Syria and has a number of entangled interests, including the issue of Kurdish independence and its fear of a Kurdish entity in northern Syria. Thus, none of the regional powers is left with the luxury to choose its new allies. The US closely follows these developments and was able to sort a new arrangement with all Middle Eastern parties, including Iran (following the nuclear deal) and Russia.

From one side, some US reports referred to the fact that the withdrawal of Patriot missiles from Turkey was done in coordination between Russia and the US. On the other side, this decision satisfies the Kurds and makes the US appears more neutral and not fully supportive of the Turkish stance against the PKK. Meanwhile, the US abstained from irking the Turks by opening channels for military cooperation between the two countries, especially in the fight against ISIS.

These calculations were there on the table when the Saudi King received Meshaal, yet this meeting added a new element: the war in Yemen. The current situation in Yemen has underscored the necessity for new players in the game, particularly the fact that the conflict in Yemen has been taking on a sectarian hue. Hence, the Saudi-Hamas meeting constitutes a stepping stone for a bigger role for the movement in the region and for the whole Arab order per se.

Finally, after a four-year hesitation period, Arab regimes have started to absorb the ramifications of the so-called Arab Spring by building new strategies and forming new alliances with the new emerging player: non-state actors and movements.

In the same vein, Sarkis Naoum, a senior columnist for Lebanon’s Annahar newspaper, finds that the nuclear deal was another reason behind the Saudi-Hamas meeting. According to Naoum, this deal pushed the Saudis to move ahead in order to retain the cards in its hand to gather forces that share a similar ideology, religion or nationalist dream.

In a recent article, Naoum referred to research issued by a US Centre claiming that the main aim for Saudi Arabia is threefold: to build a Sunni alliance and an Arab coalition so that to face an anticipated Iranian threat; to end the Houthi’s growing influence in Yemen; and to improve its relationship with Sudan (through improving relationship with Hamas) as well as to drive Sudan away from Iran.

In nutshell, it is obvious that regional players have started to reorganise their cards and ratify their alliances and strategies in order to cope with the rapid changes, most significantly the Iranian nuclear deal, the probable fall of Assad and the rising role of non-state actors, especially religious and Islamist movements.