What I saw in Gaza, By: Inger Andersen 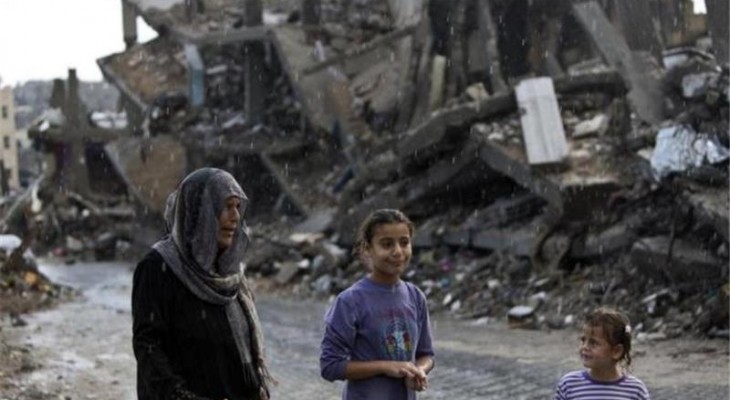 Last week, I visited the Palestinian territories. I wanted to hear firsthand from the people of Gaza and understand the scope and magnitude of the recent conflict.

I am now back from Gaza with a prevailing feeling of disbelief and sadness. Throughout my career at the World Bank, and at the United Nations or even before, I have come across many war zones but none compare to what I have just seen in Gaza: no scene of destruction, desolation and despair I have witnessed is equal to the tragic stage of Gaza.

As development professionals, we deplore the level of violence and destruction and urge all sides to make determined efforts to find a permanent end to these recurrent hostilities, whether incursions, missile attacks or bombings.

This will require access to imports and freedom of movement in Gaza and the West Bank, as well as mutual assurance of security in both Palestinian territories and Israel. Our response needs to address both the urgency of now - the humanitarian imperative - and to pave the way for a sustainable development of the Palestinian economy - the development imperative.

The conflict and humanitarian tragedy in Gaza has made an already struggling Palestinian economy worse and put further stress on the fiscal situation of the Palestinian Authority. Recession hit the Palestinian territories in the first quarter of 2014, with levels of consumption and donor assistance declining significantly. Donors' assistance in the first half of 2014 has fallen by more than $200m compared to 2013.

The economic decline has resulted in growing unemployment: one in six in the West Bank, and nearly every second person in Gaza. Poverty has reached 26 percent and is twice as high in Gaza than in the West Bank.

Growth increases when restrictions ease. As documented in last year's World Bank report: Area C and the Future of the Palestinian Economy, political uncertainty and restrictions on movement and access are the main reasons why the Palestinian economy is unable to take off.

The Bank estimates that $3bn is lost annually due to restrictions imposed on 60 percent of the West Bank (the so-called Area C).

Even before the conflict, these constraints were more binding in Gaza, where the economy suffered from recurring violence as well as blockades on exports and imports and where two-thirds of the population was receiving food assistance.

Because growth increases when restrictions ease, and inversely, growth slows when restrictions are greater, the ongoing negotiation between Israel and the Palestinians on the new mechanism allowing construction materials to go into Gaza is a step in the right direction. But it is only an inch in a journey of miles.

I am convinced that the World Bank Group can play a transformational role in the Palestinian territories, as it should in most fragile and conflict affected settings. As a development institution, it is both a mandate and a responsibility.

Since the Oslo Accords, the World Bank Group has provided nearly $1bn and has leveraged four times more. Our Board of Directors recently approved additional support, and we will be front-loading a $62m emergency package consisting of budget support and investment projects in such key sectors as water, electricity and municipal services. These are areas where the needs are immense and where the Bank Group has a competitive edge.

But more is needed. As discussed with Finance Minister Shukri Bisharra, budget support is essential to ensure institutional strengthening and provision of services. More is needed to anchor reforms and services and sustain a viable economy. The two pillars of the Bank Group strategy are effectively designed to contribute to respond to this challenge: Strengthen the institutions of a future state to ensure service delivery to citizens; and support private sector-led growth that increases employment opportunities.

For the Palestinians struggling daily, equally critical is the access to water, electricity and municipal services. I saw the destroyed water reservoir in Al Monttar area (Shujayea) which would have serviced 250,000 people. I walked into the shell-struck electricity storage facility that now resembled a lunar landscape. While visiting al-Shifa hospital, I discussed with doctors the dire need for medical equipment and supplies, staff and fuel, all severely strained by shortages and outages.

Numbers fail to capture the human realities of the daunting scenes I witnessed at the hospital. As winter sets in, the partial or total destruction of 60,000 housing units has led to 100,000 people without shelter.

On October 12, the international community came together in Cairo to voice strong support for the Palestinians and for the reconstruction of Gaza, and pledged resources. This is encouraging but we need to ensure that these are new resources and are effectively committed and disbursed in order to mitigate the tragic impact of the Gaza conflict and to unleash the economic potential of the Palestinian territories.

In cooperation with the Palestinian Authority (PA), and in coordination with the EU, UN and other international partners, the World Bank Group intends to play its full role and assist the Palestinians in mobilising the resources with a view to short and long term needs.

Unfulfilled promises are a sword of Damocles. An economy cannot live under siege, nor can the tragic cycle of destruction-reconstruction be sustained. It is not too early to strengthen the institutions that will eventually contribute to greater peace and security. It is not too late to ensure a viable economy that will foster a just and sustainable development for all Palestinians.

Because Palestinians have often given the region its tempo and have always served as a cause or as an excuse, because Palestinians are on the cutting edge of Arab minds and of the world's collective imagination, and because Palestinians will remain at the heart of the Middle East, a breakthrough on the path of stability and prosperity would have far-reaching consequences and a positive impact on the rest of the region. Would it not be the best way to fight sectarianism, violence and extremism? I'm just back from Gaza and this is still my hope.