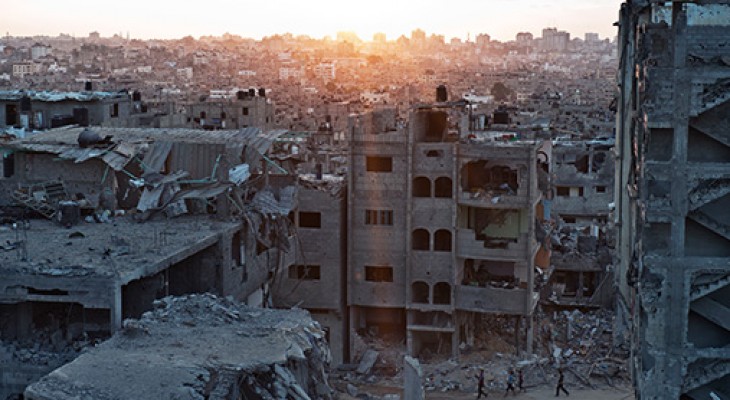 In the year since the 2014 Gaza war, little has been done to alter the conditions that precipitated it. The so-called Palestinian government of national consensus, formed in June 2o14 and seated in the West Bank, has been reconstituted without Hamas’s consent. Viewing Gaza as a trap, it refuses responsibility for governing it. Though it lacks the ability and desire to exercise authority there, it continues to collect tax revenues on all Gaza imports as the internationally recognised power. The Hamas government relied on taxes from goods smuggled through Gaza-Egypt tunnels, but those, together with the sole border crossing with Egypt, were shut after President Abdelfattah el-Sisi took power in Cairo in July 2013. To forestall another conflict, Israel has loosened the closure regime somewhat. But this does not address Gaza’s needs: the acting government lacks funds; its economy is a shambles; and most Gazans have no access to the outside world. More must be done on these, or the next war is probably just a matter of time.

A solution to Gaza’s problems is unlikely to be found in Cairo or Ramallah. Both view Hamas, or its parent organisation, the Muslim Brotherhood, as an existential threat. They do not want to rescue Hamas or help Israel in its years-long policy of severing ties between Gaza and the West Bank. Instead both are content to ignore Gaza and watch Hamas drown in its mounting financial problems. If a new war erupts, they calculate, it will be Israel and Hamas that pay the price.

For many leaders of the Palestinian Authority (PA) in Ramallah, returning to Gaza makes little sense: the PA would be blamed for almost certain future Israeli-Palestinian violence, without the tools to prevent it. True control over the territory and war and peace decisions are likely to remain elsewhere. With no solution to the shortage of money with which to pay all Gaza public-sector salaries, an already weakened PA is being asked to take on additional problems that currently weigh on Hamas. Even were solutions to these troubles to be found, there is the question of contestation and dissent within Fatah, President Mahmoud Abbas’s ostensible power base. Given his highly antagonistic relationship with former Fatah Central Committee member and movement stalwart Muhammad Dahlan, who is from and enjoys substantial support in Gaza, the challenges to Abbas from within his own movement may be even more daunting than those Hamas poses.

For many in Israel, a reversal of its policy of separating Gaza from the West Bank is viewed as a serious security threat, as Gaza’s separation is thought to prevent Hamas from transferring knowledge, weapons, funding and political influence to the West Bank, where its increased power would come at the expense of Israel’s security partner, the Fatah-dominated PA. To significant parts of the governing coalition, furthering the separation of the territories also serves demographic interests, as Israel has not relinquished its claim to the West Bank. Even those willing to ease Gaza’s closure will do so only insofar as the steps do not threaten to empower Hamas in the West Bank.

Neither Israel nor Hamas considers a new war imminent, but both understand that an eventual resumption of fighting is likely if conditions do not significantly change. Hamas may find itself facing growing internal challenges – Salafi-jihadi attacks, a collapse of government services, popular protests – from which war appears to be an exit that offers a chance to consolidate power, reestablish military credentials and perhaps relax the closure by reaching a new ceasefire agreement.

Short of renewed fighting or using large carrots and sticks to push a weakened PA into taking responsibility for Gaza, Israel’s main options are either to improve conditions there unilaterally, so the Hamas-run administration can govern sustainably, thereby giving Hamas greater incentive to continue enforcing the current ceasefire, or to reach a more robust, extended ceasefire with Hamas. The latter would be very difficult to achieve. Substantive differences are large: Hamas and Israel have different ideas about a potential ceasefire’s territorial scope (whether it includes the West Bank), duration, obligations regarding Hamas weapons (smuggling and production) and extent of Israeli measures to end or reduce the closure.

Because a war is thought to be far off, there is little pressure on the Israeli government to make progress in indirect negotiations over Gaza – which Israel and Hamas committed themselves to begin within one month of the 26 August 2014 ceasefire – much less to change its policies significantly or permit a maritime corridor through which Gazans could access the outside world.

Israeli officials see great drawbacks to an agreement with Hamas. They fear a new ceasefire would weaken or destroy the international boycott of the Islamist movement, strengthen it in the West Bank and harm Israel’s relations with the PA and Egypt. Even indirect negotiations are politically risky for both Hamas and most Israeli politicians. Israeli officials worry that a deal with Hamas would be a “death blow” to Abbas, whom most do not see as a peace partner but consider a non-threatening, violence-abhorring strategic asset.

On the other hand, Gaza’s continued constriction and periodic wars have not strengthened the PA in the West Bank. Instead, they have weakened it, strengthened Hamas and helped make successful diplomacy almost impossible. The policies of isolating Hamas and blockading Gaza, originated by the same international actors that guided the diplomatic process, have neither brought a political settlement closer nor dislodged Hamas. There is no reason to believe their continuation will do so.

Whatever options Hamas and Israel choose will not resolve the underlying conflict. But allowing Gazans to export goods, tax themselves and freely exit and enter the territory would at least offer Israelis and Palestinians the possibility of less bloodshed, while other possibilities, including unblocking the diplomatic impasse, are explored.