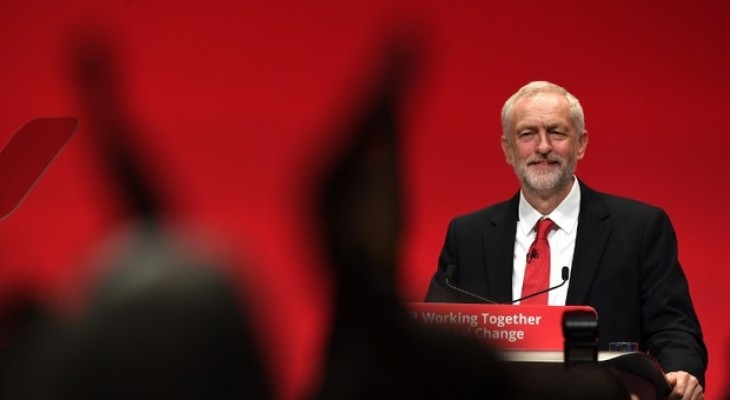 Israel is “terrified” of Jeremy Corbyn becoming British prime minister and will do everything they can to stop him, a leading Israeli activist and writer told an audience of Labour party members on Monday.

Miko Peled, who has spoken around the world against Israel’s occupation, was speaking in Brighton during the Labour Party conference where Corbyn’s position has been strengthened following the 8 June election.

"It's up to Labour, it's up to you [to ensure] that they don't have the ability to do that."

He went on: “Jeremy Corbyn is an opportunity for Britain that, if it gets lost, won’t come back for a very long time.”

The meeting exposed cracks within the ranks of Labour’s Jewish membership with one speaker calling for the Jewish Labour Movement, which has traditionally supported Israel, to be expelled from the party.

The meeting was organised by a rival group, Jewish Voice for Labour, which advocates Palestinian rights and supports the boycott campaign against Israel.

British-Palestinian barrister and campaigner Salma Karmi-Ayyoub warned the meeting that if what she described as the “New Anti-Semitism campaign” was successful, activists would not be able to criticise Israeli policies or demand Palestinian rights.

"The issue is that the Jewish state in the form that Israel is now is incompatible with Palestinian rights. That is just the reality. You can't have both."

Israel is using the anti-Semitism label to block all meaningful discussions on Palestine, she said. “I’ve been in a meeting with a spokesman for the Israeli Ministry of Foreign Affairs who said the [Palestinian] right of return is anti-Semitic,” she said.

“What Israel now faces as a result of its own expansion is a bi-national reality. It faces a choice of becoming an apartheid state or a state of all its citizens,” said Karmi-Ayyoub, who is co-chair of the British legal charity Lawyers for Palestinian Human Rights.

"The reason anti-Semitism is used is because they [the Israelis] have no argument, there is nothing to say," said Peled. "How can a call for justice and tolerance be conflated with anti-Semitism? I don't know if they realise this but they are pitting Judaism against everything good and just."

Labour leaders have traditionally supported a two-state solution to the Israel-Palestine issue, although there has been a push ahead of the conference for the party to take a more pro-Palestinian stance.

Peled has spoken around the world about his experience of growing up as the son of an Israeli general, losing a niece to a Palestinian suicide bomber and his growing opposition to Israel’s occupation.

Corbyn has been an active supporter of Palestine Solidarity Campaign in the UK for many years, facing accusations that he supported Hamas during the 2017 general election campaign.

Peled, who is now based in the US and recently published a book The General’s Son, said the Palestinian cause had received growing support in the US. “There have been enormous strides on this issue in the last five to six years.... I’m in Palestine a lot and I see the Israeli state collapsing from within.”