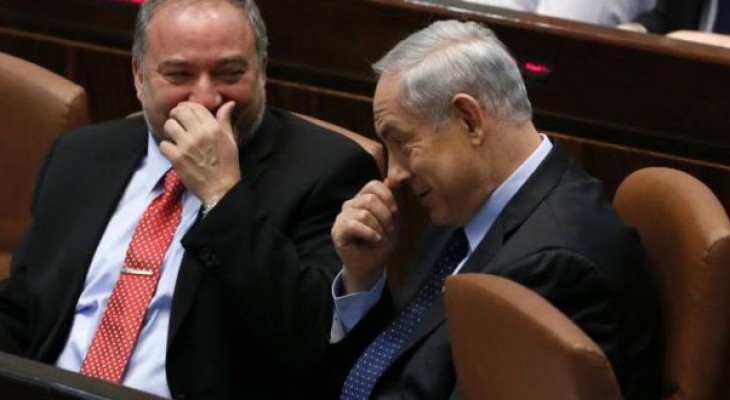 Days after the US delegation left Israel and the Palestinian territories in  an attempt to revive peace efforts, Israeli officials slapped the US administration by announcing that settlements will remain forever and more will be built in the West Bank and Jerusalem.

To his part, Israeli Prime Minister Benjamin Netanyahu vowed not to evacuate any settlements in the West Bank, according to Israeli media.

At an event in the illegal settlement of Barkan yesterday, commemorating 50 years of Israel’s occupation of the West Bank, Netanyahu addressed the crowd, proclaiming:

“We’re here to stay forever: This is the inheritance of our ancestors. This is our land,” Netanyahu said.

Amid the attempts to restore peace negotiations just last week, Netanyahu alleged that stopping settlement activity would not help bring peace, despite the issue being a core demand of Palestinians.

“There will be no more uprooting of settlements in the land of Israel. It has been proven that it does not help peace. We’ve uprooted settlements. What did we get? We received missiles. It will not happen anymore.”

He further told the thousands of attendees that any attempts to encourage Israel to abandon the occupied West Bank would be met with increased building.

Such comments were applauded by the head of the Samaria Regional Council, Yossi Dagan, who called on Netanyahu to give settlers the “strength to realise the Zionist dream”.

“Samaria [the occupied West Bank] is crying out for new settlements,” Dagan said. “I turn to you, prime minister; it is in your power to correct the folly and return those people home.”

Lieberman : Israel will continue to build settlements even if the US administration does not like it

For his part Israel will continue to build settlements in the West Bank even if the US administration does not like it, Israeli Defense Minister Avigdor Lieberman said on Monday.

Lieberman said the US administration was not satisfied with the settlement law and expressed its disagreement with Israeli decisions, but ultimately decided to support Israel’s positions, which is something to make us optimistic as Israeli.

Lieberman added that President Trump administration did not create a diplomatic crisis in the relationship with Israel as the previous administration.

The comments come just days after the departure of a US delegation, headed by the President’s son-in-law and senior adviser Jared Kushner, which met with Netanyahu’s government and the Palestinian Authority (PA) to renew efforts at a peace treaty.

After Palestinian President Mahmoud Abbas expressed confusion as to the Trump Administration’s position on the conflict, Kushner met with him in Ramallah and asked the Palestinian leadership to give the US three to four months to prepare a peace plan.

Abbas reportedly reiterated that no peace plan would be accepted unless it halted Israel’s settlement construction and recognised an independent Palestinian state; the previous peace plan proposed by US President Donald Trump had ignored both demands.

Despite such assurances, Israeli politicians seem emboldened by the US delegation’s visit, having also renewed talks to move the US embassy from Tel Aviv to occupied Jerusalem.

A US source that was present during the discussions on Sunday was quoted as saying: “There is no need to say that the administration’s policy is ‘when’, not ‘if’… [US officials] promised that the move will take place during the presidency of Trump.”

Israeli settlements are considered illegal under international law as they are built on occupied territory, and have been repeatedly condemned by the United Nations. However, Israel and the US have ignored all resolutions to date.