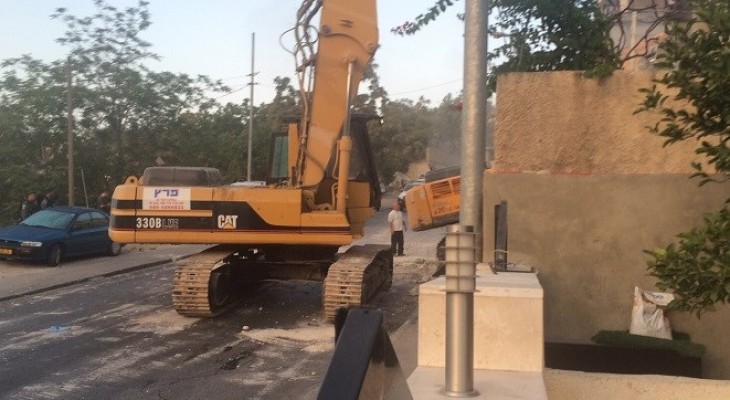 A delegation of European Union diplomats on Tuesday visited the Christian majority village of Beit Jala near Bethlehem to assess recent Israeli efforts to go ahead with a segment of the separation wall that would cut through the village's territory.

The 15-member delegation, which included representatives of France, Germany, and Sweden, among others, was updated on recent developments by the Society of St. Yves Catholic Center for Human Rights.

The diplomats visited an area of the village known as Bir Onah, which together with the adjacent Cremisan Valley, would see its land cut off if the Israeli separation wall goes ahead.

The EU missions in Jerusalem and Ramallah last week said they were "concerned" about the beginning of construction work in Cremisan, noting that it will directly affect the livelihoods of 58 families.

Israel began building the separation wall with concrete walls, fences and barbed-wire inside the occupied West Bank in 2002 at the height of the second Palestinian Intifada, claiming the barrier was crucial for security.

The International Court of Justice ruled in 2004 that construction of the barrier was illegal and, along with the UN General Assembly, demanded that it be dismantled.