A three-storey building demolished by Israeli forces in East Jerusalem 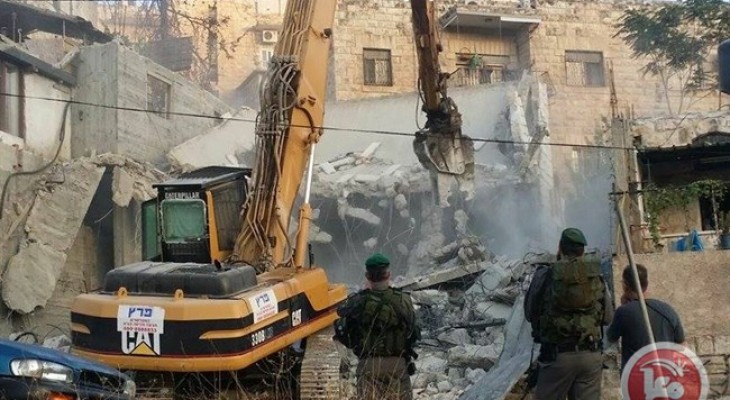 On Wednesday, Israeli forces destroyed a building in Wadi al-Joz neighborhood in occupied East Jerusalem. The building- which belongs to the Tawtah and al-Tawatnji families-is a three-storey one that is still under construction.

In an early morning raid, bulldozers came into the neighborhood - escorted by Israeli soldiers and Border Police.According to locals they had closed the main street then they proceeded to demolish the building claiming that it did not have the necessary permits.

The owners said that they began to work on the three-storey building nine months ago, pointing to the fact that one of its lower apartments was 80 years old.They said it consisted of six apartments, each storey measuring 180 square meters.The two families said that an Israeli court demanded that they pay a 550,000-shekel fine ($142,000) to postpone the demolition.

The court ordered the structure's demolition soon after the owners refused to pay the amount.They added that the Israeli bulldozers shattered the entire building, including the eighty-year-old apartment.