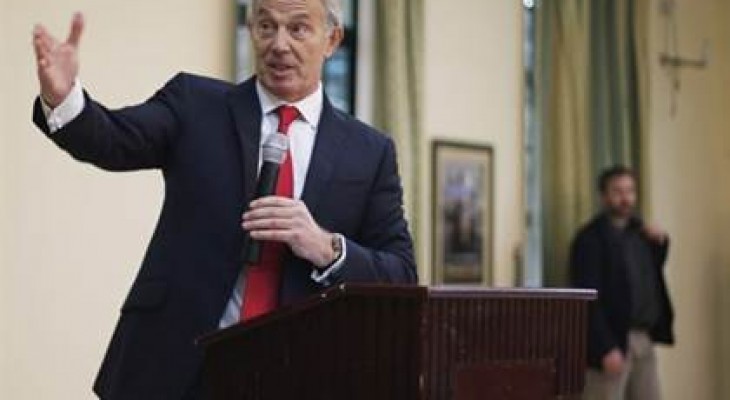 The Palestinian Islamic Resistance Movement, Hamas, has held several meetings with various factions to brief them on recent efforts by Britain's ex-Prime Minister, Tony Blair, to reach a ceasefire agreement with Israel.

According to Hamas spokesman Sami Abu Zuhri on Thursday, those involved in the bilateral meetings included Fatah, Islamic Jihad, the Popular Front and the Democratic Front, as well as the National Initiative in the Gaza Strip. All of the other political developments in Palestine were also discussed, he added.

This is the first time that Hamas has referred officially to the meeting with Blair after several international and Arab newspapers reported that the head of the movement's political bureau, Khaled Meshaal, met the former Middle East peace envoy in Qatar. Although Abu Zuhri did not provide any details about the results of the meetings, he stressed that any proposal for a truce with Israel will be discussed with all Palestinian factions. Further meetings with other factions will be held in the coming days, he revealed.

On Thursday, Fatah launched a scathing attack against Hamas over its reported meeting with Blair and called on the movement to put an end to such contacts.