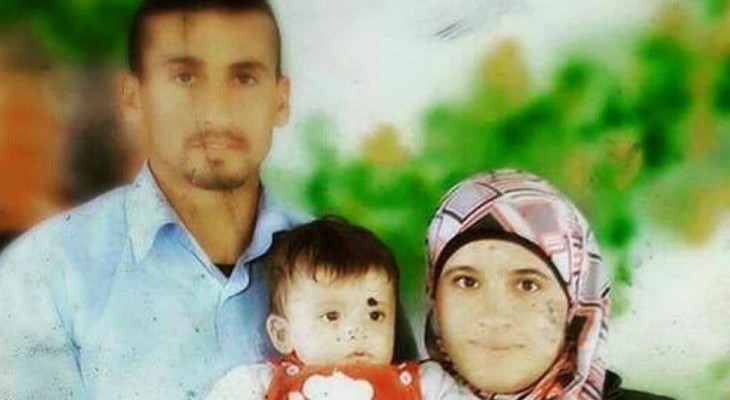 A United Nations special coordinator on Saturday extended his condolences to the Palestinian people after the death of Saad Dawabsha, father of 18-month-old Ali Dawabsha who was killed in a suspected settler attack in Duma village near Nablus on July 31.

The father of the slain infant passed away from his injuries early Saturday morning, after struggling for his life for more than a week.

"On behalf of the United Nations family, I extend our heartfelt condolences to his relatives, friends and the community. Our thoughts and prayers go out for the recovery of his four year-old son, Ahmed, and his wife, Riham, who is also fighting for her life," Nickolay Mladenov, UN Special Coordinator for the Middle East Peace Process and Personal Representative of the Secretary-General to the PLO and the Palestinian Authority said in a statement on Saturday.

Mladenov said he was "deeply saddened to learn of the death of Saad," adding that he supports the UN Secretary General Ban Ki-moon's "call for the perpetrators of this heinous terrorist act, which was universally condemned, to be brought swiftly to justice."