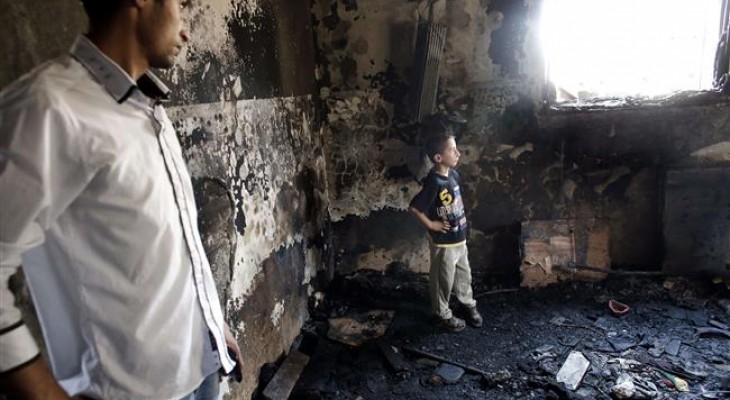 The European Union (EU) has called on the Israeli regime to demonstrate "zero tolerance" for the persisting settler violence against Palestinians in the occupied West Bank after an arson attack by a group of settlers killed a Palestinian toddler.

“The cold-blooded killing of Palestinian toddler Ali Dawabsha, presumably by extremist settlers... highlights the urgent need for a political solution of the Palestinian-Israeli conflict,” the statement read.

Eighteen-month-old Ali Saad Dawabsha was burnt to death earlier last wek when Israeli settlers threw incendiary objects at Palestinian houses in the West Bank village of Duma, south of Nablus. The baby’s parents and his four-year-old brother were also injured in the arson attack.

In its statement, the EU urged a “full and prompt investigation to bring the perpetrators of this terrible crime to justice.”

“Acts like this terrible attack can easily lead to a spiral of violence and bring both sides further away from a negotiated solution,” read the statement.