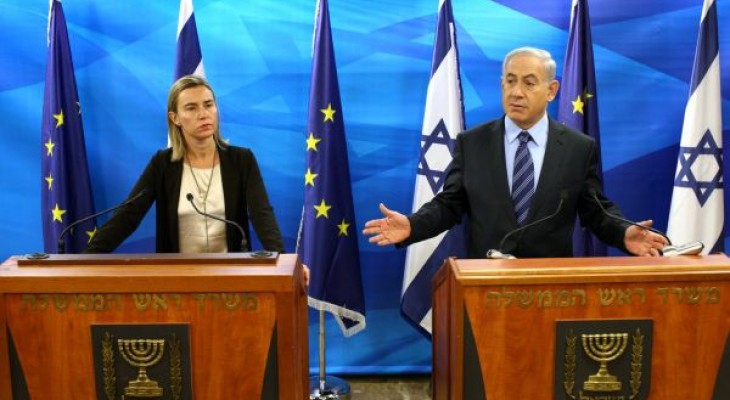 A meeting of EU foreign ministers blasts Israel for what it says are actions that 'seriously threaten the two-state solution', while embracing a new international peace plan that would bring Israel and the Palestinians back to the negotiating table.

The foreign ministers of the European Union on Monday discussed a new plan to push Israeli-Palestinian peace, and did not hold back on listing what they perceived to be obstacles to peace, including what they termed "forced transfers", settlements, and the building of the "separation barrier" beyond the green line.

A list of decisions made at the meeting stated that among other things, the EU "calls on Israeli authorities to halt plans for forced transfer of population and demolition of Palestinian housing and infrastructure in the Susya and Abu Nwar communities."

The decision went on to state that the EU "reiterates its strong opposition to Israel's settlement policy and actions taken in this context, such as building the separation barrier beyond the 1967 line, demolitions and confiscation – including of EU funded projects – evictions, forced transfers including of Bedouins, illegal outposts, settler violence and restrictions of movement and access."

The statement concluded that "these actions seriously threaten the two-state solution."