When Israel and UK Celebrate the Historical Trauma of Palestinians By: Dr. Samah Jabr 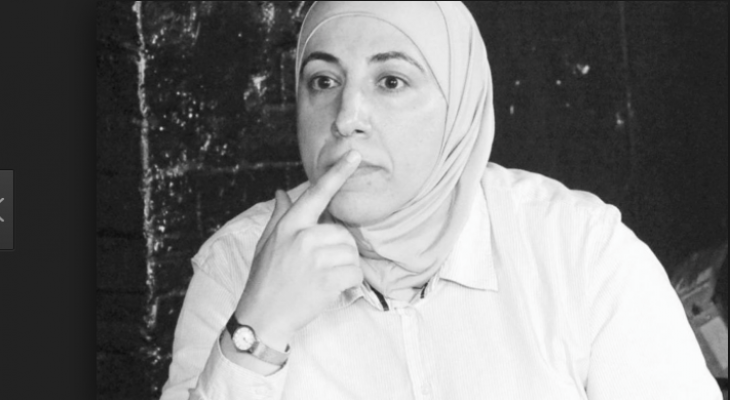 After 100 years, Britain seems to be at the same moral stage as it was when UK Foreign Secretary Arthur Balfour wrote to a leader of the British Jewish community, Baron Rothschild, promising the establishment of a “national home” for the Jewish people in Palestine.

Instead of making redress and creating historical transformations, social developments and repairs to the Palestinians, the British prime minister is inviting the Israeli prime minister to a celebration to mark the centile anniversary of the Balfour Declaration. This celebration is triggering the historical trauma that has left significant scars on Palestinian collective memory over a century of displacement and military domination that has deprived Palestinians politically and culturally and treated them as problematic and inferior beings.

Britain is also responsible for imposing massive Jewish immigration in Palestine and allowing them to have arms and tanks, while crushing the Palestinians who were aspiring for their independence after 30 years of mandate. The violence and defeat that was brought upon the Palestinian people, was facilitated and arranged by Britain. The effects of which didn’t only harm the immediate people of that generation who were killed or displaced and whose property was stolen; but all members of our society, and multiple generations that followed shoulder the burden of the historical trauma of stealing Palestinian land that changed Palestinians’ past and future.

Now, with the US’ unprecedented financial and political support and world’s powers’ silence or collusion with the occupation and the international acclaim for its criminals (the funeral of Shimon Peres as an example), Palestinians realise that we live in a world where bullying prevails over reason, and hegemony over ethics. Israel is imposing its discourse with power and steps over Palestinians’ bodies, feelings and social organisation with arms.

Last year, Israel issued five racist laws: the “Expulsion Law”, which stipulates that a Member of Knesset can be expelled from the parliament through a majority vote of 90 legislators, a law that is aimed at the minority Arab Knesset members. Another about “incitement” which incriminates political views and aims to confiscate the right to expression and the vote for the Knesset for those who utter opposition against the occupation, or oppose the character of Israel as a Jewish and democratic state; the third is “the NGO’s bill” which targets human rights organisations and mandates special reporting requirements for nongovernmental organisations that get most of their funding from foreign governments; the fourth, and probably the worst, is the “Regulation Law” which will eventually allow for the annexation of 60 per cent of the West Bank land to Israeli settlers , and just recently, the “Muezzin law” which muffles the Muslim character of our land by banning the use of speakers to make the call for prayer (calling it “pollution”) in the mosques of Jerusalem and Arab towns of 1948.

‘Trauma is the Disaster of Helplessness’

Victim-blaming makes it harder for the abused to protest and remind the world of the trauma. The world blames the occupied Palestinians for their ill fate and for disturbing the peace of the occupation whenever we make any efforts to stand up to Israel. They reinforce the occupation’s narrative that it is the Palestinian’s fault that the occupation is happening, absolving the occupation of its responsibility or accountability for its actions, and allowing Israel to repeat and replicate the atrocities it perpetrated to displace Palestinians from their homes and towns.

But, like a cunning abuser, Israel uses tactics to maintain a good public appearance; recently, for example, it announced accepting 100 Syrian orphans to reside in occupied Palestine, while denying Palestinians the right to return and making hundreds of Palestinians orphans. In the outpost of “Amona”, Israel broadcast dramatic scenes to the world, showing Israel as a state of law, which expels settlers out of private Palestinian land only to hide the law that allows the theft of private Palestinian lands that was issued a few days later.

Even Arab powers of today blame the occupied Palestinians for confronting the occupation; but that is an impotent strategy to distance themselves from a potential fate like that of the Palestinians, this gives a false feeling that if they ally with the perpetrators, occupation will never happen to them; but look at Iraq, Libya, Syria, Yemen to see the failure of such a strategy. The arbitrary propaganda that “Palestinians sold Palestine to Israel” which is gaining popularity in Egyptian media is an evidence of blaming the victim attitude and siding with the perpetrators. Labelling and accusing the Palestinians, these powers hopelessly try to make Arab people see us different from themselves.

Denial is an Obstacle to Peace

When the historical trauma of the Palestinians is utterly nullified, it makes it impossible to be discussed and mourned and expressed symbolically, thus, preventing repair and increasing its potential to be acted out.

The Balfour celebration represents a denial of the harm done to Palestinians and fails to acknowledge the existence of trauma and human suffering or take moral responsibility for it; Britain has no shame for its imperialist history that included undermining Palestinians. It continues to behave in a hegemonic way considering the Israelis as culturally and racially superior to Palestinians. If the very existence of traumatic occupation is denied, responsibility remorse and solidarity are repudiated, full immunity for Israel’s violations continue to be granted, the suffering of Palestinians can hardly be acknowledged, let alone healed.

The occupation always hoped to break Palestinian collective consciousness through massacres and wars and maintaining the pain which is fresh in our memory. Nowadays, General Yoav Galant, the minister of housing, and the former commander of the southern region, who ran the war in 2008 speaks of “a fourth war next spring”. On Israeli radio, Israeli Defence Minister Avigdor Lieberman said that if the government decided to fight a new war, this confrontation must end with a great Israeli victory and crush the Palestinian resistance in Gaza forever. But, in fact, it is not the resistance’s preparations that Israel should fear the most, but the desensitisation and the declining levels of fear among the citizens as a result of repeated strikes and shocks and losses that affected most people there.

Acknowledgment, rather than denial, is capable of humanising all those involved, cultivating empathy, trust and paving the way for healing history and reconciling and building peace. Urging Israel to stop its colonial policies, rather than celebrating the theft of Palestinians’ land, is an important domain of trauma intervention and peace making.

The history will not be written by the powerful alone no matter how irresistible Israel and its allies seem to be; a few Palestinians will not be silenced in front of the dreadful occupation of Palestine. We will voice our historical testimony and tell our narrative to make sense of the senseless grievances of colonialism; anti-oppression activism is our remedy against political trauma and; it will heal us as individuals and help us to heal the injured history of our homeland.