Is Gerry Adams simply being politically correct in wishing for a two-state solution? By Dr Azzam Tamimi 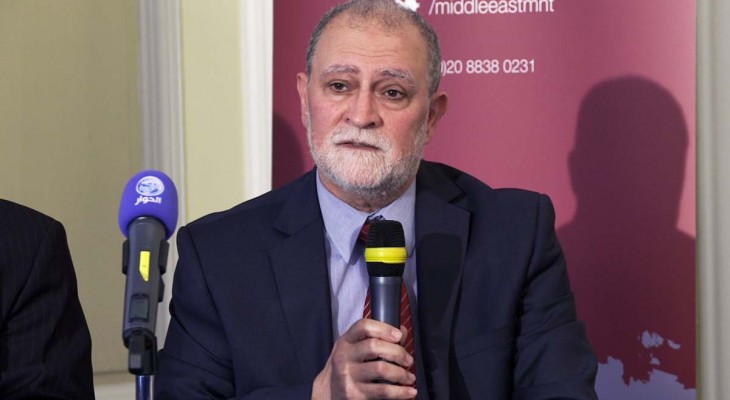 Liberation movements past and present are sources of inspiration for people whose struggle is still ongoing. Although the Palestine-Israel conflict is far from resolved, for many decades quite a few other movements have found inspiration in the Palestinian struggle. These same movements, such as the anti-Apartheid movement in South Africa and the Republican quest for independence, self-determination and sovereignty in Northern Ireland never cease to inspire Palestinian freedom fighters.

Yet, inspiration is one thing and understanding what the conflict is about is another thing altogether. It seems to me that we Palestinians understand other peoples' conflicts and the objectives of their struggle much better than they do ours. It pains me to hear people who gave their youth and many of their adult years in the struggle for their people's freedom from oppression, tyranny and colonialism express a very simplistic and superficial understanding of what the Palestinian struggle is about. Inevitably, the lack of proper understanding risks falling into contradictions and double standards.

In a recent interview with Middle East Monitor (MEMO), Sinn Fein leader Gerry Adams shed light on some aspects of the Irish Republican struggle, which was insightful and inspiring. Yet, when it comes to Palestine, there seemed to be little understanding of what our people have been struggling for. Adams wishes to see a Palestinian state within the 1967 borders sitting next to an Israel that enjoys security and peace. I prefer to believe this to be nothing but a politically correct stance dictated by his current political position, because I find it hard to accept that someone like him lacks any knowledge or understanding of how Israel came into being. Although he acknowledges that Palestinian refugees have the right to return to their villages, how does this square with the fact that most if not all such refugees were dispossessed in 1948 when Israel was created on their lands and in their homes, and not in 1967 when Israel expanded into the rest of Palestine (the West Bank and Gaza Strip), where he thinks a Palestinian state should be created?

While comparisons are made between what Israel is doing to the Palestinians and what the defunct Apartheid regime did to the people of South Africa, there is a failure to recognise that in both cases it was an irreconcilable ideology that prompted the behaviour of the racist regimes in both countries. In the case of South Africa it was called Apartheid and in the case of Israel it is called Zionism. Both Apartheid and Zionism claim a God-given right to dispossess and oppress the indigenous population. I am truly puzzled by the failure of some of those who sympathise with the plight of the Palestinians to realise, or perhaps to have the courage to acknowledge publicly, that our real problem in Palestine is with Zionism and not with the fact that we do not have a state of our own. My mother, who was removed from her house in Beersheba in 1948, and my father, who was denied the right to return to his home in Hebron after 1967, were not subjects of some Palestinian state but were human beings whose ancestors lived in the land for centuries until Europe decided to resolve its "Jewish problem" at their expense.

To be fair to Gerry Adams and some of his comrades, the Palestine Liberation Organisation (PLO) is to blame for such confusion about where we Palestinians stand on the conflict. Yasser Arafat and his fellow PLO freedom-fighters-turned-peace-negotiators legitimised Zionism and the dispossession of the Palestinian people when they agreed to recognise Israel's right to exist in exchange for recognition by Israel and its Western allies of the PLO as the sole legitimate representative of the Palestinian people.

I recently attended a seminar organised by EuroPal Forum at the European Parliament in Brussels with the title, "The Politics of Reconstruction: Gaza, the EU and Palestinian Governance". One of the main speakers at the seminar was Gerry Adams's Sinn Fein colleague Martina Anderson MEP, Chair of the European Parliament's delegation to Palestine. I do not for a minute doubt the sincerity of Ms Anderson or wish to belittle the role she plays in seeking to bring the plight of the Palestinian people to the attention of European parliamentarians. However, I had a problem with something she kept insisting on during her presentation.

Throughout, she seemed to blame certain Palestinian failures on the internal division and the inter-factional dispute, primarily between Hamas and Fatah. As someone who cares for Palestine and the Palestinians she kept urging unity, but unity built on what foundation: the belief that Palestine, the whole of it, is occupied illegally by Zionists who invaded it and dispossessed its people from the early years of the 20th Century; or the belief that all the Palestinian people want is a state of their own on the land into which Israel expanded its occupation in 1967? It amazes me how a Sinn Fein or an IRA activist finds it plausible to accept a settlement that recognises the legitimacy of theft and murder. How can anyone who still believes the Irish people should never be expected to abandon their dream of a united Ireland expect the Palestinians to abandon their right to their homes and lands in what is today the state of Israel?

I sincerely hope that our comrades in both Northern Ireland and in South Africa, as well as those in other parts of the world, such as in Latin America, Africa and Asia were they still struggle against imperialism, will not forget or neglect the real causes of the conflict in Palestine. The root of the problem is neither a territorial nor a communal dispute; nor is it even a religious conflict between Muslims and Jews; it is a colonial, racist project not much different from the projects that they themselves have fought against for decades.