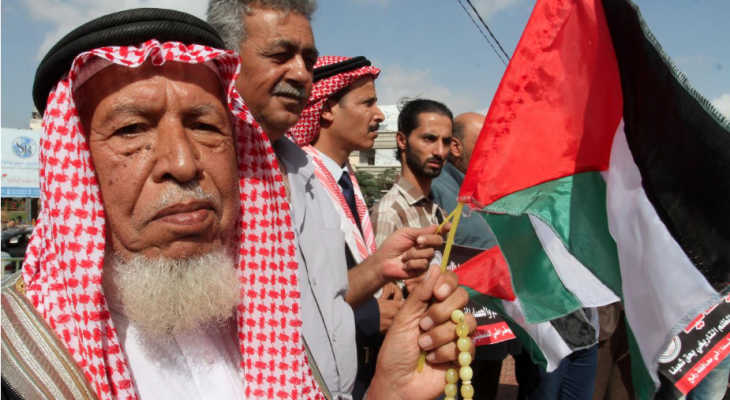 The Palestinian Authority Ambassador to the United Kingdom has described the British government’s invitation for Benjamin Netanyahu to celebrate the 100th anniversary of the notorious Balfour Declaration in London as a “new slap for the Palestinians,” it has been reported.

“Britain has to correct its mistake, apologise to the Palestinians and recognise the Palestinian state instead of inviting the Israeli prime minister to celebrate 100 years of granting Palestinian land for Jews to build their state,” insisted Professor Manuel Hassassian.

The PA response to the government invitation coincided with the British parliament discussing a motion to call on Israel to halt settlement activities in the occupied Palestinian territories immediately.

Last Monday, the Israeli parliament, the Knesset, approved a law which legalises previously illegal — even under Israeli law — settlement outposts built on private Palestinian land in the occupied territories. All Israeli settlements are illegal according to international laws and conventions.

Hassassian said that he was commissioned to contact the British foreign office to get clarifications about Netanyahu’s invitation. The ambassador said that the Minister of State for Middle East Affairs, Tobias Ellwood MP, initially ignored his request for a meeting. When Ellwood did respond, said Hassassian, he agreed to a meeting but did not specify a date and time.