Tell the FIFA president to show Israel the red card 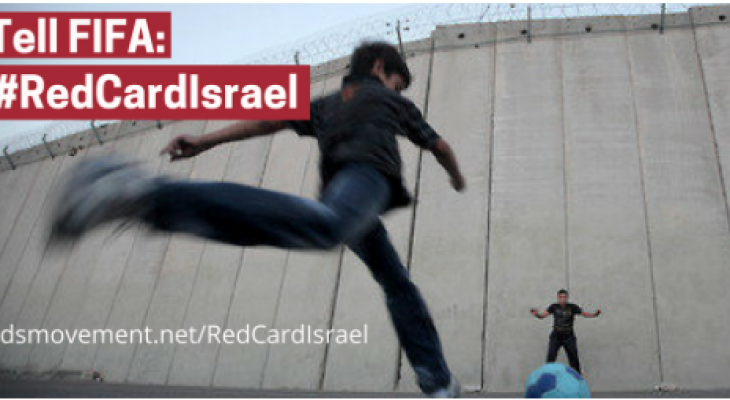 Tokyo Sexwale, the South African chairman of the FIFA Monitoring Committee Israel-Palestine, is about to submit a report to FIFA’s president and Council about improving the conditions of Palestinian football.

As the Council deliberates, this is our time to act. Write to FIFA President Gianni Infantino to keep the pressure on FIFA to do the right thing. Do it by filling out the form on this page.