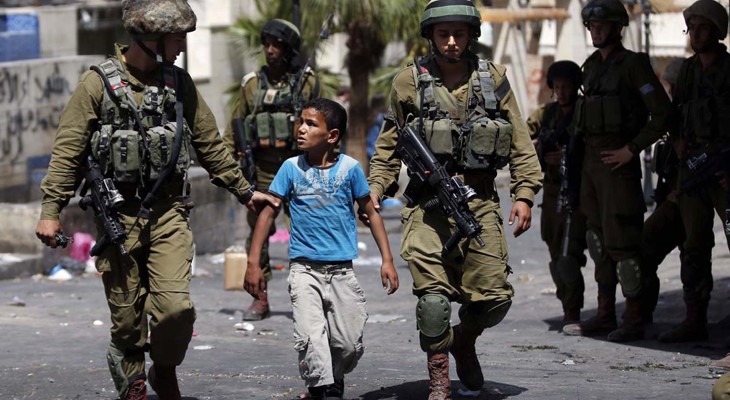 The recently released United Nations report on the 2014 war in Gaza meticulously documents last summer’s horror. The reports of Israeli executions of Palestinians, Israel’s aerial assaults on Palestinians in their homes in Gaza and other aspects of the assault have attracted the most attention.

But the UN report also highlights what it calls “widespread human rights violations” by Israeli forces in the occupied West Bank and East Jerusalem during the time period it examines. These violations ran the gamut from a sweeping campaign of arrests of those Israel claimed were tied to Hamas, torture of detainees, killings of protesters and punitive home demolitions.

The document is a reminder that last summer, the uptick in tensions and violence was not limited to Gaza. The brunt of human rights violations fell on Palestinians throughout occupied Palestine and within Israel. And the human rights abuses the report looks at still occur near-daily in the West Bank and Jerusalem, albeit not with the frequency in which they occurred last summer.

It was the kidnapping and murder of three Israeli youths–19-year-old Eyal Yifrah and 16-year-olds Gilad Sha’er and Naftali Frenkel–by Palestinian militants that lit last summer’s fuse. In response, Israeli forces rampaged through the occupied territories and rounded up an estimated 2,050 Palestinians in the West Bank and Jerusalem as part of their military operation to find the boys. According to Palestinian prisoner rights group Addameer, those arrests increased the total number of Palestinian prisoners to 6,050 by September 2014. (The number is now at 5,800.)

About thirty young men part of the Abu Khdeir family were arrested after clashes that took place in Jerusalem–clashes that were sparked by the kidnapping and burning alive of Muhammed Abu Khdeir by Israeli Jewish extremists in an apparent revenge attack. In one raid on the Rushdi family north of Hebron, “Israeli authorities cut off the electricity supply to the area before launching the raid” and that 78-year-old Fatima Ismail Issa Rushd suffered from a stroke and died after the raid on her home.

The UN report omits critical context for the Israeli military operation in the West Bank: as a number of journalists pointed out, Israeli Prime Minister Benjamin Netanyahu and the security services likely knew the boys were dead long before their bodies were discovered. And while Israel claimed Hamas carried out the kidnapping, evidence points in the direction that a rogue Hamas cell took it upon themselves to kidnap and kill the boys without direction from the militant group’s leadership.  But Netanyahu and the army kept mum in order to exploit the situation and strike a blow at Hamas, the Islamist group that rules Gaza and has somewhat of a presence in the West Bank.

The kidnapping, and Israel’s response to it, is where the UN report starts in its section on the West Bank and Jerusalem. The UN documents how Israel arrested and detained hundreds of children. There was also a significant increase in the number of administrative detainees, or those imprisoned without charge or trial. “The commission reviewed information suggesting that cruel, inhuman or degrading treatment or punishment was used extensively during interrogations,” the UN report states. News outlets and UN and human rights reports have detailed the specific tactics Israel uses on detainees: sleep deprivation; the use of the “shabach” position, where a detainee’s legs and arms are bound to a chair in a stress position; exposure to extreme temperatures; and physical abuse like hitting and slapping.

In a statement, Palestinian prisoner rights group Addameer said that they welcome “the United Nations report on the 2014 Summer war which devastated Gaza, which may be a step towards accountability in war crimes against its people, and the unlawful arrest and detention of Palestinians across the West Bank and Gaza.” But the statement added that the UN report “fails to consider the legal implications of lack of provision of fair trial standards and arbitrary arrest as crimes of war.”

Israeli authorities also returned to a tactic last summer that is blatantly illegal under international law: punitive house demolitions of the families connected to suspects. The UN report notes that this practice, which occurred largely in Hebron, constituted collective punishment.

It was Hebron, the West Bank’s largest city, and its surrounding villages that bore the brunt of Israel’s military operation in the West Bank, since the three boys were kidnapped and killed nearby. Hundreds of homes were raided and “Hebron’s 680,000 residents were effectively cut off from the rest of the West Bank owing to a series of closures, checkpoints and other restrictions,” according to the UN report.

Hebron resident and non-violent activist Suhaib Zahida was one of many who came face to face with soldiers in his home. “They came to my house. Also, my neighbors. All the houses in Hebron were entered by the Israeli army,” Zahida told me. “They broke a lot of things in the house on the pretext of searching for the settlers”–an experience common to many Palestinians. (The three boys were kidnapped while hitchhiking in the occupied West Bank, but only one lived in a West Bank settlement.)

Zahida helped to organize the many demonstrations in Hebron in support of Gaza. He told me that Israeli snipers shot many Palestinians in the leg during protests, and that on one day, over 100 Palestinians were injured in Hebron. The UN report documents a number of instances where Israeli security forces fired live bullets and killed demonstrators. In the village of Beit Ommar, located near Hebron, three men–Hashem Abu Maria, Sultan Za’qiq and Abdelhamid Breighith–demonstrating against the war in Gaza were killed by Israeli sniper fire. In total, an estimated twenty seven people, including five children, were killed by Israeli forces last summer–with nine of them occurring in the Hebron area, according to the report.

“This is the policy of Israel,” said Zahida. “When there is something against Israel, for example military operation or attack, they punish all the people.” Two days after the war in Gaza ended, Zahida himself was arrested for calling for an intifada in Hebron on Facebook.