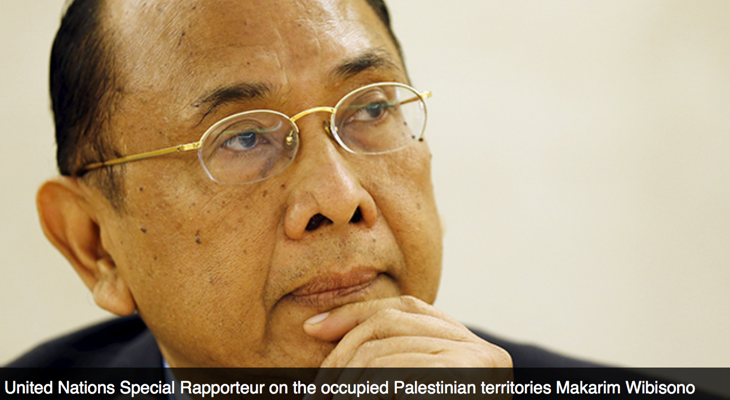 Israeli authorities have admitted they blocked a UN human rights envoy from entering the occupied Gaza area for a second year in a row, just as a UN report on last year’s Gaza war is about to be made public.

"We didn't allow this visit," said Israeli Foreign Ministry spokesman Emmanuel Nahshon, as cited by AFP. The visit by the UN special rapporteur on human rights, Makarim Wibisono, was due to take place last week.

However, according to Nahshon, the decision doesn’t go against Israel’s commitments to the UN. “Israel cooperates with all the international commissions and all rapporteurs, except when the mandate handed to them is anti-Israeli and Israel has no chance to make itself heard."

Rapporteur Makarim Wibisono is attached to the UN Human Rights Council (UNHRC), which is about to release its findings from an investigation into alleged war crimes Israel may have committed during last year’s war in Gaza.

Even though the report hasn’t been made public yet, Israeli authorities have already dismissed it as biased, saying in a 277-page counter-report that the Gaza offensive was “unfortunate yet lawful.” They cite statements by Western leaders who backed Israel’s right to self-defense.

The new UN report will focus on the 2014 conflict, in which some 2,200 Palestinians died, including about 1,500 civilians. Israel’s losses came to 67, mostly soldiers. The Israeli offensive started after a spike in cross-border attacks by Hamas militants, and lasted for 50 days.

A previous report on another Israel-Gaza conflict, the 2008-2009 three-week Operation Cast Lead that killed some 1,400 mainly civilian Palestinians, accused Israel of war crimes.

Tel-Aviv claims this is due to Hamas militants using civilian buildings as firing bases and weapon storage facilities. So the Israelis argue collateral damage was inevitable in response strikes.

However, last week’s visit by the UN rapporteur wasn’t in connection with the upcoming report. It was for a separate yearly assessment of the situation in the territories occupied by Israel: Gaza, the West Bank and East Jerusalem.

The bill was condemned by human rights activists from all over the world, including the UN special rapporteur on torture and other cruel, inhuman or degrading treatment or punishment. The official said it was unacceptable to use force feeding as a means of coercion against those who choose “the extreme recourse of a hunger strike” to protest the conditions of their detention.